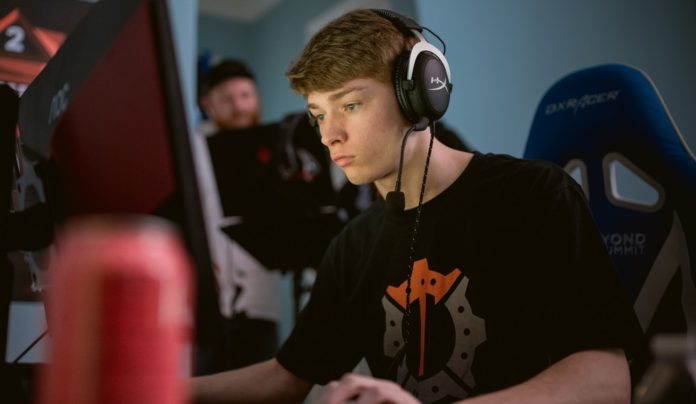 Professional electronic sports players, such as Counter Strike: Global Offensive, Overwatch, League of Legends (LoL) and FIFA 20, call attention for their talent, but also for being involved in controversies. As good as the pro player is, some scandals can result in bans and eternal suspensions. In the list of reasons for forced retirement, toxic behavior and matchfixing stand out. Next, recall five talented players who interrupted their careers.

CS: GO – Swag
Braxton “Swag” Pierce, a former Counter-Strike pro player, is known for playing on the compLexity and iBuyPower teams. The player was a promise on the American scene until he became involved in the biggest matchfixing scandal in CS: GO history in 2014. Matchfixing is when a team loses on purpose, the most common reason for this is the purpose of favoring betting. In this case, iBuyPower was the favorite in a match against NetcodeGuides.com in the CEVO Professional League. The favorite players, however, bet against their own team and delivered the game 16-4.

The following year, Valve cracked the case, banning Swag and three other members of the team. They were banned from participating in official events organized by the company indefinitely, and the punishment remains today. Recently, Swag announced that he will be a pro player for Valorant, Riot Games’ new FPS.

Overwatch – Dafran
Daniel “Dafran” Francesca served in the Overwatch League in 2019. The player was known before the league for playing in Team Selfless, which competed in Overwatch-Contenders. But since that time he has been collecting suspensions for toxic behavior.

After only a month of competing in the Overwatch League for the new team, Dafran announced that he was going to stop playing competitively in the league and become a full-time streamer. In his departure message, the player mentioned the case of suspension and his “games”, stressing that he was more mature. Atlanta Reign maintained the partnership with the player as a streamer.

Overwatch – xQc
Felix “xQc” Lengyel, also an Overwatch League player, played for Dallas Fuel. He was removed from the team after several controversies. During the first season of the league, the pro player was suspended the first time after homophobic lines against Houston Outlaws player Austin “Muma” Wilmot. Then, xQc was suspended again, this time for being racist with other players and narrators.

As the end of the first season in 2018, the player announced that he would be a full-time streamer. xQc even made appearances on the professional Overwatch scene, competing for Canada’s selection at the 2019 Overwatch World Cup.

LoL – Link
In 2015, player Austin “Link” Shin of the American team Counter Logic Gaming (CLG) announced his retirement in an 18-page document. Link was one of CLG’s starting players and has been playing with the team since 2012. In his document, the pro player cited depression, friction with his teammates, in particular player Yiliang “Doublelift” Peng, and problems with the League of Game Legends.

After the retirement announcement, Link focused on his education in 2016. In 2017, he returned to the LoL competition with Team Liquid as a replacement for midlanner Greyson “Goldenglue” Gilmer. He stayed on the team until June of the same year.

FIFA – Kurt0411
Kurt “Kurt0411” Fenech, FIFA pro-player, was banned from all events organized by Eletronic Arts (EA) indefinitely in 2020. The player was one of the most successful on the FIFA scene, but he was also known for get involved in controversies. He had already been banned in 2018 for two months for abusive behavior against other players in the community. In 2019, Kurt0411 was banned after attacking EA Sports community managers and other pro players.

Even after the punishments, the player continued with the threats, so in February 2020 the company disclosed that Kurt0411 was banned from all its games.

Realme C17 introduced! Here are the features and price

The tiktok agreement can be announced at any time

Microsoft’s Xbox has NEW extension, what is it about?