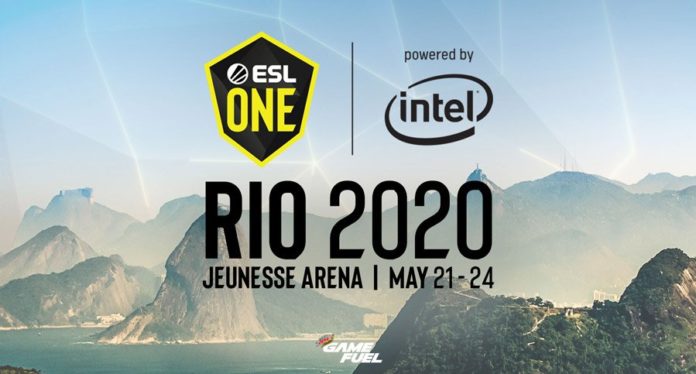 ESL One Major Rio 2020 of Counter-Strike: Global Offensive (CS: GO) will use regional rankings to classify teams, called Regional Major Rankings (RMR). The news was released on Thursday (2) by the tournament organization, who explained that the measure seeks to ensure that only the best CS: GO teams in the world are in the running. The Major, to take place in May in the Marvelous City, was postponed to November due to the pandemic of the new coronavirus (Covid-19). The event should normally take place at the Jeunesse Arena, as originally planned, and will now have the total prize doubled to US $ 2 million (about R $ 10.1 million in current conversion).

Traditionally there are two CS: GO majors per season: one at the beginning and one at the end of the year. With the change, however, 2020 will have only one world cup. The new form of classification seeks to ensure that the current Legends and Challengers show that they are still in a position to participate in the Major of Rio.

The points will be distributed according to the teams’ performance in tournaments that will happen in the coming months. According to the event organization, the first RMR tournament will be the ESL: Road to Rio and will take place between April 22nd and May 17th. The Brazilian MIBR, which had the status of Challenger, and FURIA, which was classified for Minor, are in the dispute of the North American division. The stage will have 12 participating teams and will distribute the total prize US $ 70 thousand (about R $ 370 thousand).

Another tournament is scheduled for the autumn of the northern hemisphere, with no details yet revealed. The championships scheduled for this season will also be able to enter the qualifying circuit of the Major. For tournaments to gain status, they must contact the Major’s organization, invite the main RMR teams in the region and qualify for the rest.

In the end, the ranking will rank 24 teams for the Major. The number of seats for the six different regions was determined according to their performance at the StarLadder Berlin Major 2019.

Europe: three spots for Legends, five for Challengers and two for Contenders, (formerly New Challengers);
North America: three Legends, two Challengers and one for Contenders;
CIS: two Legends, one Challengers, two Contenders;
South America: a Contender;
Asia: a Contender;
Oceania: a Contender.
Valve also informed that it will still disclose how the distribution of points in the ranking will work. The developer has already said, however, that the championships that happen on dates closer to the Major will have higher scores. Teams that switch players during the period will also lose 20% of the score already earned by the time of substitution.

Apple’s first car by 2024, according to Reuters

How to consume Legendary Loot as Shadow in Fortnite