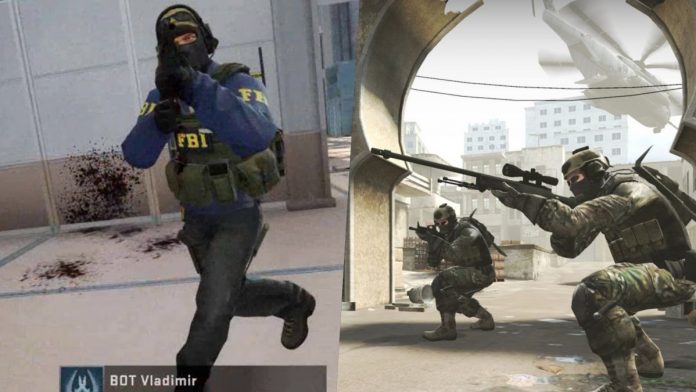 Counter Strike: Global Offensive says goodbye to BOT Vladimir, BOT Connor and the rest of the AI-controlled teammates. In the latest update to the popular shooter, Valve and Hidden Path Entertainment have removed the ability for bots to replace players who leave a competitive game.

“When a player disconnects or is kicked in the Classic and Duo competitive modes, they will no longer be replaced by a bot. If an entire team abandons, a single inactive bot will appear at the spawn point, ”reads the description in the patch notes. Therefore, the appearance of these soldiers will be relegated to the rest of the games in casual lists. This has its counterpart, and that is that teams that lose players will be even more at a disadvantage than before.

The remainder of the patch is focused on correcting various bugs, such as reducing the size of the SWAT team’s sleeves in all alternate models. The marking will now not move when a player passes over; nor will it allow weaponry to be highlighted in competitive games. On the other hand, Cache receives three very specific improvements: the margin of a pixel in the cargo containers has been eliminated at the point of respawn of the terrorists and the visibility of the bomb explosion above Site A, in addition to containers now display their colors correctly.

To know the rest of the improvements, we recommend that you visit the complete notes through this link. Counter Strike continues to be in excellent health. On March 15, 2020 we saw him exceed the bar of one million simultaneous users, which coincided with the confinement of several countries due to the COVID-19 crisis, such as China, Italy or Spain. Since then, the average number of players connected per month has exceeded 600,000 users. Almost nothing.