Home Tech CS 1.6 and CS: GO: see references to Brazil in the franchise... 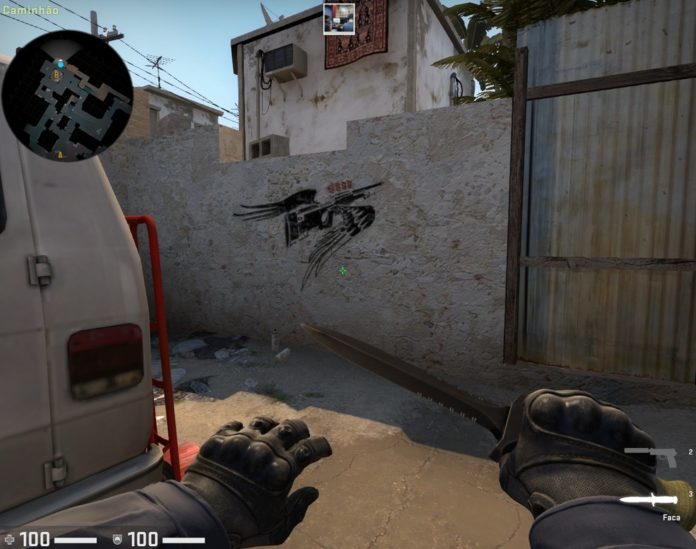 Counter-Strike is one of the most successful franchises in the history of video games. Valve’s game series has several versions available, with CS 1.6 and CS: GO being the best known to the public. Counter Strike Source and Condition Zero are also on the list. In Brazil, games were a hit in internet cafes in the 2000s and are still on the rise, especially in esports. No wonder, the Brazilians won honors within the games. See, below, remarkable moments in Brazil that were immortalized in the franchise.

Favela Map (cs_rio)
In mid-2001, the duo Joca Prado and Roger Sodré created cs_rio, a map inspired by Brazil’s favelas. The scenario quickly became a success among players from the country and the world. In 2008, seven years after the map appeared, the 17th Federal Court of the Judiciary Section of the State of Minas Gerais prohibited the Counter-Strike from being marketed throughout the national territory, due to the association of the map with criminals and police. This decision remained in effect until mid-2009 and marked the history of the Valve title.

Grafiti by Marcelo “coldzera” David
Marcelo “coldzera” David is a Brazilian pro player elected twice as the best player in the world of CS: GO, in 2016 and 2017. The athlete also won a tribute within the game after starring in one of the most incredible plays in history. happened in the semifinal of the MLG Major Championship: Columbus 2016, in the United States. During one of the rounds of the match, coldzera found himself in a difficult situation. Alongside his bombsite partner, Epitácio “TACO” de Melo, the Brazilian player saw the five opposing players running towards him.

Isolated in the van’s position at the Mirage, cold took his AWP, eliminated the first opponent and jumped followed by a shot. Certainly, the Brazilian ace shot two more enemies at once and ended up taking one more after the advance of the opponent. The perfect move earned the athlete a graffiti added by Valve in the position of the event. The winning round started a turn for the cold team, which at that time lost 15-9 and reversed the score to 19-15. The Brazilians, who at the time wore the Luminosity Gaming shirt, won the competition and brought the first title of a Major to Brazil.

‘What’s up?’
“What’s up?” is one of the best known catchphrases in the game. The phrase was said by Lucas “LUCAS1” Teles during a live. The player hit a headshot of Desert Eagle and shouted the expression. Right after the first shot, the pro player, who at the time was defending the Immortals team, fired another efficient shot and repeated the sentence. Today the phrase is even spoken by international pro players.

In the last months of 2019, CS: GO added a new operation for users. The Shattered Web consisted of carrying out weekly missions chosen by Valve, and as a reward, the player received some exclusive items from the operation. In one of the challenges, which aimed to hit five headshots of Desert Eagle on a specific map, Valve chose to put the expression of LUCAS1 as the main name of the mission.

Glock-18 by Amanda “AMD” Abreu
In 2020, Valve added a new weapon box, Prisma 2, to the market. Among so many skins that are part of the box, one of them deserves a bigger highlight. Developed by the Brazilian Luiza McAllister, the Glock-18 Bullet Queen (Queen of the Bullet, in Portuguese), is inspired by the ex-pro player Amanda “AMD” Abreu, and was approved by Valve. At the moment the skin is available in the community market and can be purchased for R $ 1,479 thousand in its most expensive version and R $ 245 in the cheapest.

Luiza had four weapons signed and available for purchase within CS: GO, and with the new box, she managed to add two more. In addition to Glock-18, the artist also obtained approval for Mag-7 Justice. AMD, as it is popularly known, is a former CS: GO pro player. The player went through teams such as Women’s Bootkamp, ​​Vivo Keyd and Black Dragons.

NASA Ended the Lives of 27 Monkeys in Research Centers