Home Entertainment Crystal Dynamics “We learned from the mistakes at launch” 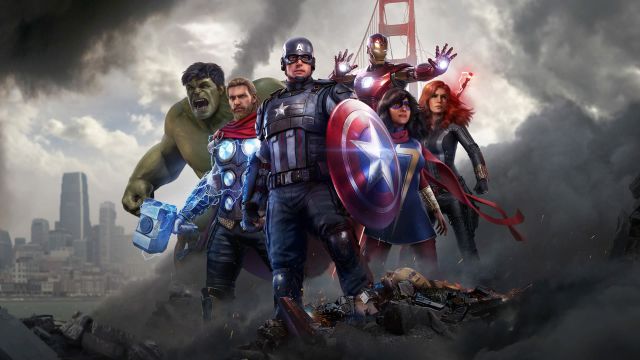 From Crystal Dynamics they recognize that, despite having worked hard to improve the game, they have not been clear and communicative enough.

At Crystal Dynamics they hope that the arrival of more content and the technical improvements offered on PS5 and Xbox Series can revitalize Marvel’s Avengers, a long-awaited game but that has not had the best possible reception. Problems related to the loot and the endgame have overshadowed what on the other hand is a more than worthy individual campaign, and all this has resulted in many lessons to be learned by the study in charge, something that they assure that they take into account.

“We listen, we really do,” said Scott Amos, head of Crystal Dynamics. “We hear what you, the press and the networks have to say. It is our job to take all that into account, process what is good and what is not, and think about how we use all that to help adjust our philosophy.”

As we said before, since its launch last September 2020, Crystal Dynamics has not stopped not only including new content, but also adding updates to correct various errors. However, the feeling remains that the studio’s communication has been far from ideal.

“We have learned from all these little things that we need to be much clearer, that need to be transparent is a big step for us,” says Amos. They are painful lessons, but we are able to say that we can apply it in our future. ”

Finally, Amos does clarify that, despite the problematic beginnings of the game, in Crystal Dynamics they studied other similar cases such as Destiny or Anthem, of the criticisms that both received so that they would not be repeated in their case. “We thought we were prepared because we had a plan, a roadmap, and then what happened at launch, where there were a lot of ocsas that we weren’t so prepared for and that we weren’t expecting …”, says Amos. “We look at the path that other games have taken that have also been through hard pitches, that have received criticism for what they did and did not do, and what people expected. We really did our homework.”

For now, this week they have announced more future plans for Marvel’s Avengers. One of the highlights is the upcoming sometime arrival of War for Wakanda, an expansion that will bring Black Panther as a playable character. However, they have been forced to delay the inclusion of Spider-Man, which will be exclusive to PlayStation platforms.