Home Entertainment Crysis 2 Remastered On The Way? Crytek Anticipates It On Twitter 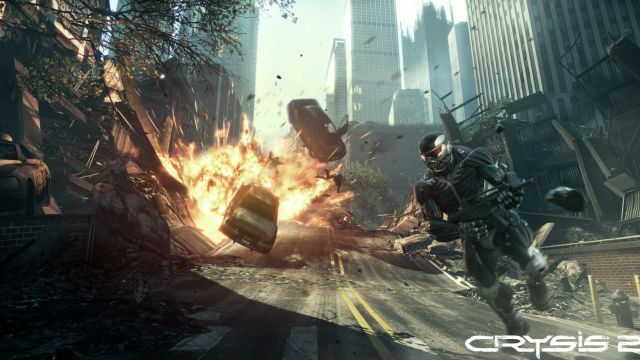 Crysis 2: The first installment received a revamped version in 2020, but the pack did not include either the expansion or the sequels. They neither confirm nor deny, they anticipate. Crytek has published a series of tweets that suggest something related to Crysis 2. That something we still do not know, but considering the background, everything points to a possible remastering of the second installment of this first person shooter.

The first of the tweets is accompanied by a phrase: “They used to call me The Prophet.” This is a clear reference to the character Laurence ‘Prophet’ Barnesa, one of the protagonists of Crysis 2. In that same thread they reply with the attentive eyes emoticon, the same one they use shortly after in another tweet in which they have placed Image of the aforementioned video game.

The situation is exactly the same as a year ago, when the official Crysis account, after several years of inactivity, began to publish some messages related to the saga. Then the possibility that the first installment received an improved edition was already rumored, something that was confirmed a posteriori. After a delay, the game finally saw the light of day on PS4, Xbox One, PC, and Nintendo Switch.

Patch for the new generation

Crysis Remastered went on sale at the gates of the new generation, so Crytek has got down to work and has just released a patch that optimizes the video game for Xbox Series X, Xbox Series S and PS5. It is not a native version for these platforms, as it continues to work through backward compatibility, thus increasing the resolution and framerate. In this news you can read all the information about it.

Crysis 2 was released in 2011, which marks its 10th anniversary this year. In addition to this sequel, Crytek closed the trilogy with a third chapter. Since then and until the remastering, the saga had remained fallow.