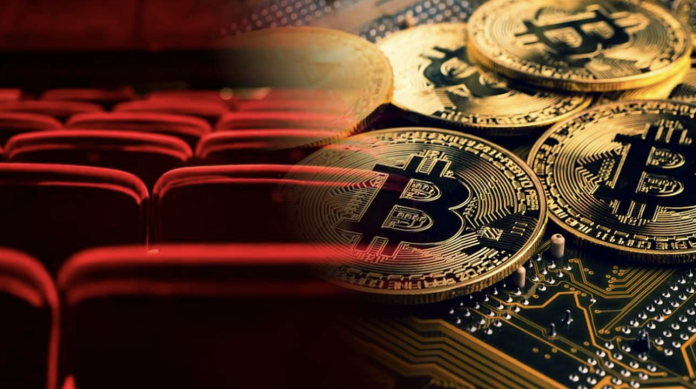 AMC Entertainment, the world’s largest movie theater chain, announced that it will accept payments with cryptocurrencies.

The turmoil in the values ​​of cryptocurrencies continues. Bitcoin, which has lost more than 15 percent in the past days, made its investors unhappy. On the other hand, it continues to be adopted rapidly in certain parts of the world. In El Salvador, which declared Bitcoin the official currency, all businesses, especially McDonald’s and Starbucks, added this virtual money to their payment methods.

Cryptocurrencies have stepped into a very different field this time. The world’s largest chain of movie theaters, AMC Entertainment, announced that it will accept payments in cryptocurrencies in its theaters.

AMC has previously announced that it will accept Bitcoin for payments.

AMC Entertainment announced in August that it would accept payments with Bitcoin in movie theaters. He also shared the information that the necessary works will be completed by the end of the year. AMC CEO Adam Aron conveyed a new decision on the subject from his social media account. Aron stated that they will accept Litecoin, Ethereum and Bitcoin Cash as well as Bitcoin in movie theaters.

Cryptocurrency enthusiasts: you likely know @AMCTheatres has announced we will accept Bitcoin for online ticket and concession payments by year-end 2021. I can confirm today that when we do so, we also expect that we similarly will accept Ethereum, Litecoin and Bitcoin Cash. pic.twitter.com/uKcFyQotoJ

Of course, AMC is not the only company to step into the world of cryptocurrencies. Online payment system PayPal officially launched support for cryptocurrencies in August. Thanks to PayPal, users can trade Bitcoin, Bitcoin Cash, Ethereum or Litecoin. Of course, this is not possible in our country because it is banned.

Ukraine was the second country to legalize Bitcoin. The government, which managed to pass the regulation through parliament, recognized the cryptocurrency. However, the new law does not cover the use of Bitcoin in payment systems. On the other hand, in a survey of Americans; “Would you like Bitcoin to be the official currency in the USA?” 28 percent of the 4912 adults who answered the question gave the answer “I strongly oppose”. 11 percent said they strongly support it.