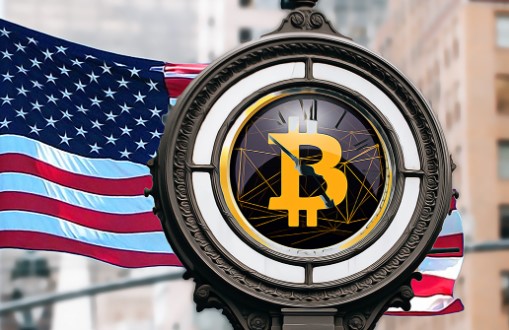 Cryptocurrencies were also given wide coverage in the Federal Reserve research, which measures the economic health of US consumers. Especially after the ban decision of China, the interest of crypto money companies in the USA has increased even more. The government, on the other hand, announced that it will regulate cryptocurrencies by opposing China. All of this has pushed up the number of cryptocurrency investors who are US citizens.

According to a Federal Reserve study that measures the economic health of U.S. consumers, 12 percent of adults have invested in cryptocurrencies in 2021. The annual survey, released Monday, with 11,000 participants for the first time this year, included questions about crypto ownership and adoption. This is the latest sign of the U.S. central bank’s growing interest in understanding how the burgeoning cryptocurrency economy fits into the picture.

The collected data indicates that American consumers still show little interest in crypto as a currency. These are usually traders, not investors, and only 3% of respondents said they had paid with cryptocurrency in the previous year. In contrast, 12% hold cryptocurrencies for profit. Of those who only used cryptocurrencies for investment, 46% had an income of $100,000 or more, while 29% had an annual income of less than $50,000.

The investor profile changes according to the opportunities offered by the states to their citizens around the world. For example, you can find crypto investors of all age groups in developing countries and countries struggling with high inflation. These are compulsive investors struggling to protect themselves against depreciating local currencies and to ease the pressure of inflation. Investors who face the risk of losing 10% of their salary the next day fall into this group.

In much poorer countries, cryptocurrencies are widely used for shopping. It is extremely risky to carry cash or gold, especially in areas with security weaknesses. Cryptocurrency payments made over the phone to investors in this group seem much simpler and more reliable. In addition, the rate of those involved in the banking system in these countries is much lower, cryptocurrencies solve this as well.

In America, where the perceived inflation is based on 20% and official data reaches 9%, many investors create their own funds within the framework of their retirement plans. Rather than the 2% interest rate given by the banks, it is quite a lot for those who earn income from dollar-pegged assets such as USDT in stake pools.

Current Outlook on the Market: Latest Situation in Bitcoin (BTC) and...