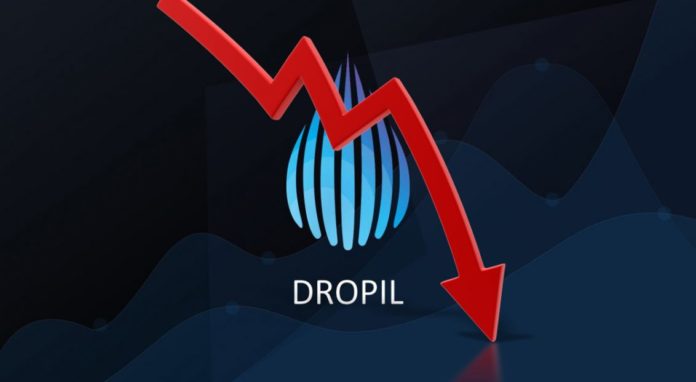 Dropil (DROP), which the US Securities and Exchange Commission (SEC) accused its founders of fraud, has dropped nearly 50 percent in the last 24 hours.

The U.S. Securities and Exchange Commission (SEC) accused Dropil’s founders of defrauding investors with the unregistered $ 1.8 million ICO of the DROP token.

In a press release from the SEC on Friday, it was stated that Californian Jeremy McAlpine, Zachary Matar and Patric O’Hara were lying about Dropil’s financial status and the profitability of the DROP token. Moreover, it is stated that the founders have deceived investors by fiercely exaggerating the success of their ICOs.

Dropil’s founders said they raised 54 million dollars from 34,000 global investors. However, they actually earned only 1.8 million dollars from 2 thousand 472 investors. According to the complaint, these funds collected between January and March 2018 would be managed and grown with the algorithmic trading bot “Dex”. In addition, the revenue would be shared with DROP token holders. However, the SEC said that ICO money was never used in Dex, and $ 1.4 million was kept in the founders’ personal accounts. They also showed fake profitability reports to investors.

In addition, the SEC stressed that the DROP token sale is an informal ICO. Dropil is also accused of falsifying evidence and statements during the SEC investigation.

DROP fell more than 45 percent
Finally, following the SEC charge, the DROP token suffered a major depreciation. The cryptocurrency traded on BitMart has dropped over 45 percent.

Google is preparing a new member for Pixel Buds family