Waro, one of the most popular cryptocurrency traders on social media, became a millionaire thanks to the increase in the BTC price today. The famous trader, who started to invest with a relatively small capital in March 2020, managed to increase his investment up to $ 1 million in the past eight months.

With the price of Bitcoin (BTC) rising to $ 17,800 today, BTC investors have gained 60 percent within a month. Binance’s renowned futures trader Waro managed to earn hundreds of thousands of dollars in revenue by taking advantage of this activity in the market. Waro announced that he is now officially a millionaire with a tweet he shared today.

The fact that Bitcoin reached almost $ 18,000 today and set a new record in terms of market value, led to the birth of new millionaires. One of them was Waro, which started trading futures in March 2020.

Twitter’s famous futures trader started trading futures with a relatively small capital of $ 10,000 – $ 12,000 in March. The futures market, which is much more risky compared to the spot market, exposed this investor to more risk as well as earning him more.

What percentage of earnings Waro made by trading futures can be observed on his Binance Futures profile. Current data show that this famous trader earned more than $ 160,000 just today. The monthly earning rate of the investor, whose daily income is 17 percent, is 116 percent. 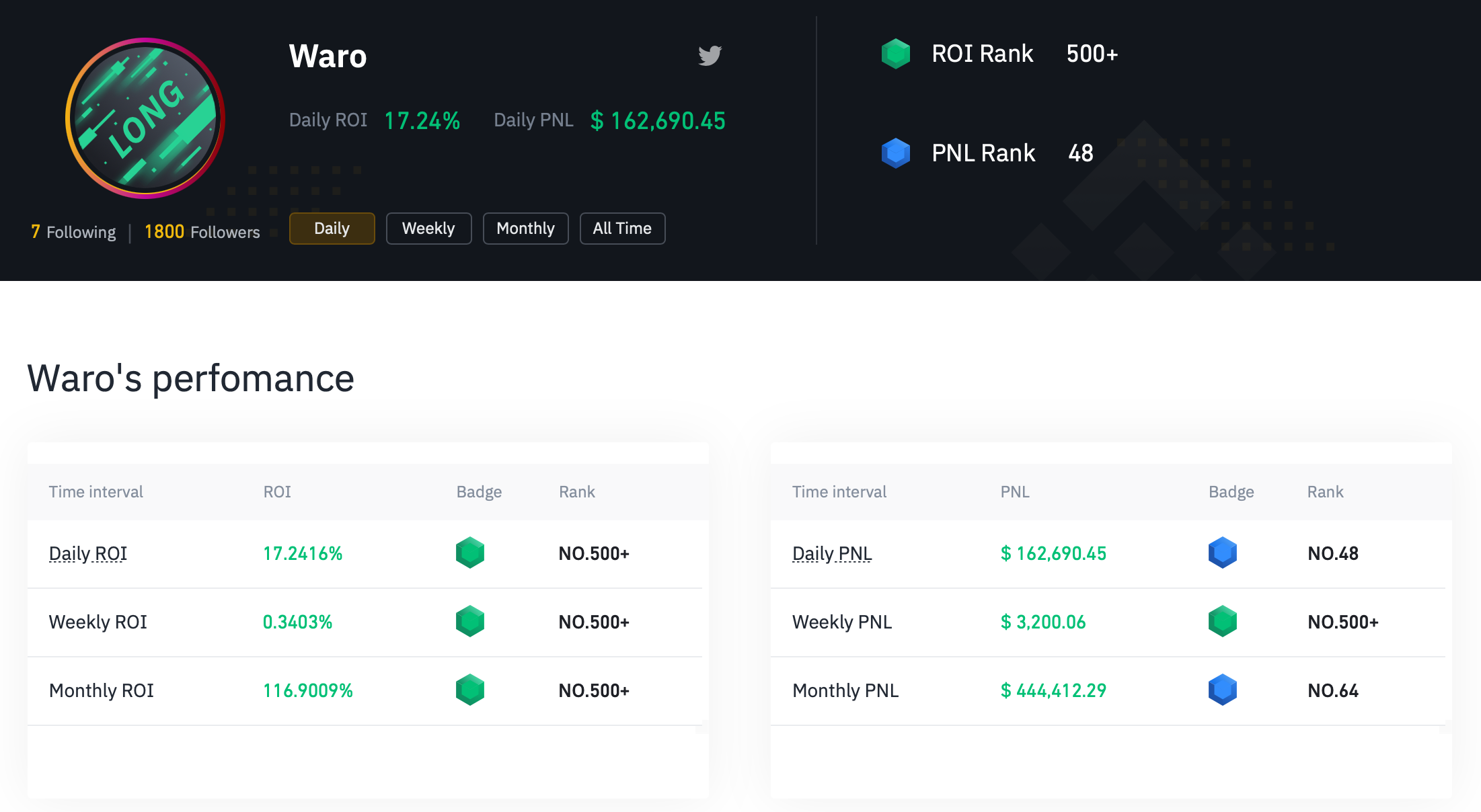 Thanks to these transactions in the futures market, Waro managed to double its $ 10 thousand capital. Waro, who started this adventure only eight months ago, announced that he is now officially a millionaire with a tweet he shared at around 8 pm today. Waro’s followers appreciated how he achieved such a huge success in eight months. 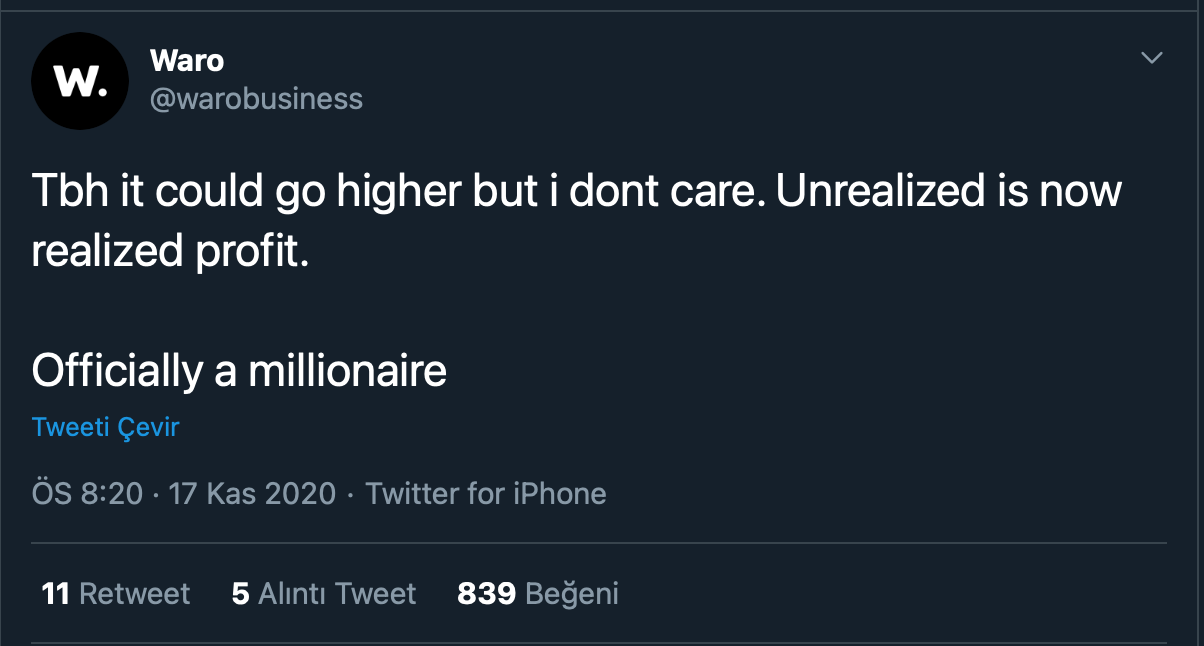 They Stole Tens of Thousands of Dollars of Ethereum

The Next Step Expected From Bitcoin (BTC)!

Someone spying on you on your phone or computer