The cryptocurrency fund Grayscale has set a new record, bringing the total market value of its managed assets to $ 6.4 billion.

Grayscale shared his record announcement on his Twitter account last night. According to the chart shared in the announcement, the total value of Grayscale Bitcoin Trust (GBTC) fund leads with $ 5.8 billion. The market value of the fund per share is seen to be trading at $ 12.43. Ethereum Trust (ETHE) ranks first with a total fund value of $ 855 million, while the market value of the fund is $ 50.65 per share.

Apart from Bitcoin (BTC) and Ethereum (ETH), Grayscale’s assets are also composed of other cryptocurrencies. These include Bitcoin Cash (BTC), Ethereum Classic (ETC), Litecoin (LTC), XRP, Stellar (XLM) and Zcash (ZEC). In this ranking, Ethereum Classic takes the first place with a total value of $ 67.1 million, while Stellar is at the end of the ranking with $ 1.2 million. 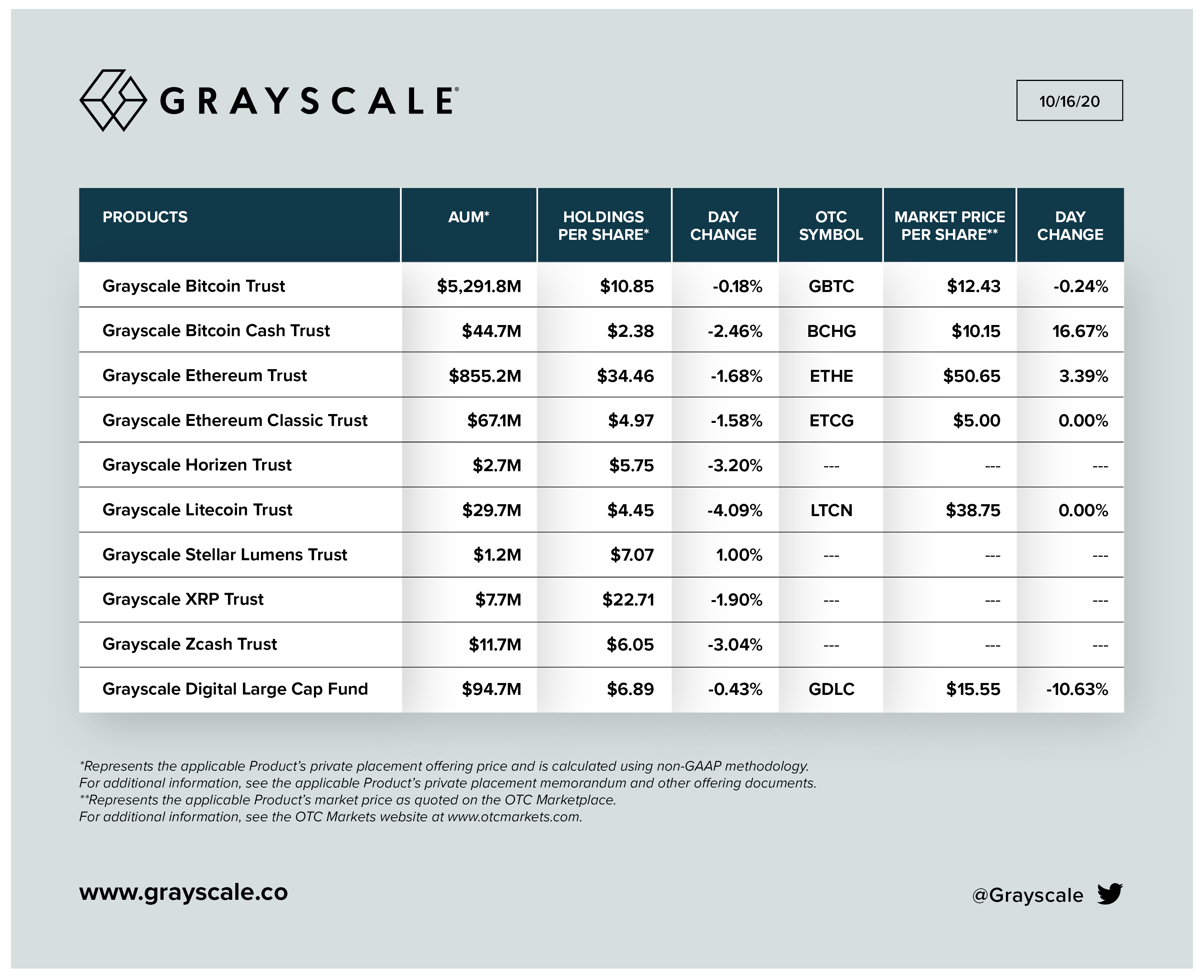 Barry Silbert, CEO of Digital Currency Group, which Grayscale Investments is affiliated with, also quoted Grayscale’s tweet and made a comment. Silbert commented that there may be major flows this week, signaling that the developments could be exciting.

How much was the previous level?

Grayscale, who made a similar statement with different values ​​in his tweet dated September 25, announced the total value of cryptocurrencies under his management as $ 5.8 billion. While Bitcoin Trust led the funds in the ranking at that time, it was announced that this fund comprised approximately 85% of the total investment. The company, which announced that it increased its Bitcoin shares by 46% this year, stated that the institutional interest in Bitcoin and crypto money assets continues in addition to the report it published. The company, which expanded its investments with 17,100 new BTC towards the end of September, announced that the total investment corresponds to approximately $ 186 million.

iPhone 12 claims to come without accessories!

Traces of the COVID-19 Outbreak Could Extend By 2012

USP studies masks with up to 97% effectiveness against coronavirus