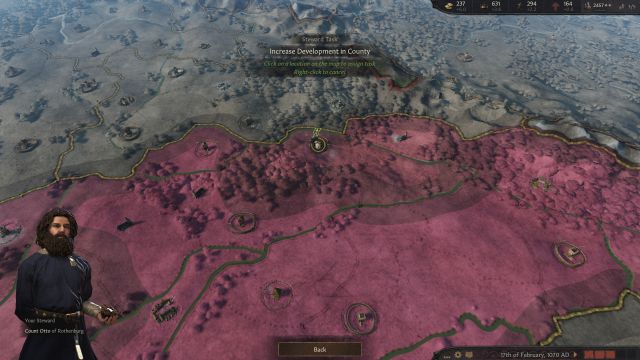 Crusader Kings 3: Paradox will release Crusader Kings 3 on console on March 29. The studio shares how the process has been to transfer it to PS5 and Xbox. Crusader Kings 3 heads to Xbox Series X|S and PlayStation 5. Paradox’s latest work will debut on next-generation consoles on March 29, just a few months after its original release on PC. The team has collaborated with Lab42 to develop this adaptation. You can see the first images of the game in motion at the top of this news.

How has Crusader Kings 3 been adapted to console?

In a press release, the distributor assures that Crusader Kings 3 on console “presents an interface and control scheme specifically adapted to larger screens and console controls.” This new direction of control allows “quick and easy navigation through menus” by simply pressing the triggers, sticks and top buttons of your controller.

In addition to using SSD memory to speed up load times, the speed of switching between apps smoothes out players’ visits to YouTube, where the team has posted plenty of tutorials related to the mechanics.

Screenshot of the PC version.

It will also take advantage of some features around PS5 and the DualSense. It will support haptic feedback and adaptive triggers. For example, the more stress a character accumulates, the more resistance the triggers will make. Each event will react differently on the controller. On the interface level, you will make use of the activity system and the help of the game. With it they hope to “help new users take their first steps in the world of Crusader Kings.”

As we said, Crusader Kings 3 will arrive on PS5 and Xbox Series X | S on March 29 at a recommended price of 49.99 euros. On PC it is already available through Steam and the Microsoft Store; included in the Xbox Game Pass catalog.