Home Tech Crossplay in ARK Survival Evolved: How it works on PS5 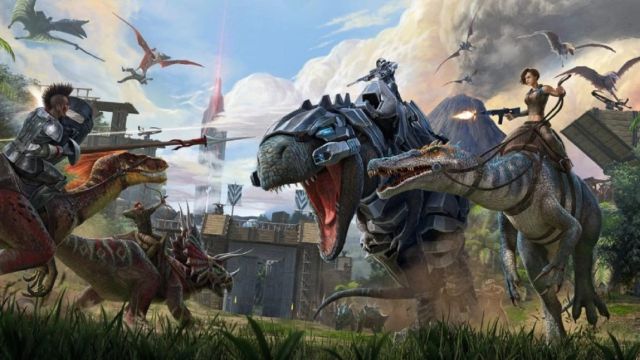 Ark: Survival Evolved allows cross-play between some platforms, but with conditions. This is how it works on PS4, PC, Nintendo Switch, and Xbox.

Ark: Survival Evolved is the game of the moment. Thanks to the appearance of Arkadia, the mega-server that comes as a sequel to what was seen in Egoland, survival allows the main influencers of the country to publicize their adventures in this inhospitable fantasy world. Beyond telling you how to play with friends, below you will see the possibilities of cross-play that it has on all the platforms where it is available.

Ark: Survival Evolved, crossplay: where does it work and how?

The Studio Wildcard title has a different cross-play feature than usual. There are several limitations between the version and the store where you bought it; the latter impacts on PC, naturally.

Xbox One and Xbox Series X | S players can play with each other without any problem, to which they are added to that community base that Ark: Survival Evolved has through the Microsoft Store.
The same happens between PS4 and PS5, although they will not be able to do it outside the PlayStation family, except for some servers with special conditions on the computer.
What happens on PC? We know that the Steam edition can be played between Windows, Linux, and Mac using the same launcher. However, those who have it in the Epic Games Store will only be able to access those Steam servers that do not have mods or password. If you buy it in the Microsoft Store, you will be able to play without problem with users of Xbox platforms.
The only total black point in Ark: Survival Evolved’s crossplay is the Nintendo Switch port. Unfortunately for its users, it will not be possible to interact with servers on other platforms; the ecosystem is locked within the Nintendo hybrid.

In any case, through this link you will be able to find out what its editions are, where to buy and what price one of the titles that remain on the crest of popularity has.