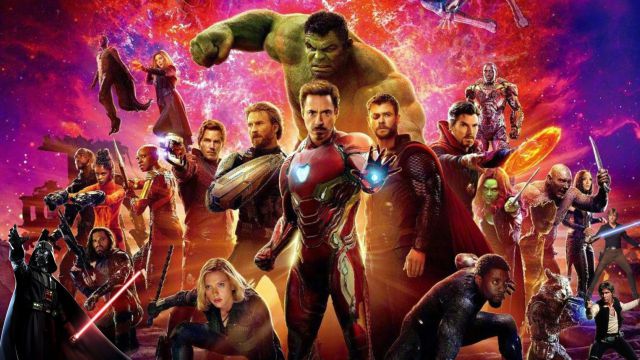 Both sagas are currently under the umbrella of Disney, which will bring all the content it is producing to its streaming platform.

Can anyone imagine Darth Vader fighting The Avengers in a joint movie? Or Luke Skywalker raising his lightsaber in front of an enemy like Thanos? The possibilities are endless, though both universes (Star Wars and Marvel) share little more than their focus on fighting good versus evil. In an interview with Yahoo! Entertainment, Kevin Feige, head of Marvel Studios, has responded to this question … and he is not very optimistic about it, all is said.

“If you asked me if something we are talking about right now would have been possible 20 years ago I would have said ‘I don’t think so.’ Today, with Disney owning both Marvel superheroes and the Star Wars saga, that scenario doesn’t seem to have changed. “I do not think so. I don’t think there is any reason for it, “he says in the interview. Therefore, although they say that hope is the last thing to be lost, it does not seem that either party is enthusiastic about the idea. After all, why go into an aubergine of this caliber?

A solid plan at Disney +

Following the success of The Mandalorian, the first live-action Star Wars series, Disney has put all the machinery into operation to produce new content based on the saga created by George Lucas. The same will happen with Marvel, which has already released Wanda Vision and The Scarlet Witch, while it continues to work on the series Loki and Falcon and the Winter Soldier.

During Disney Investor Day, an event in which the company usually announces its news, the Mickey Mouse team confirmed the many projects they have underway. Among the new Star Wars series will be The Bad Batch, Lando, Rangers of the New Republic, Ahsoka or The Acolyte. Later, at the end of the second season of The Mandalorian, they took the opportunity to unveil The Book of Boba Fett, the new series starring the mythical character, which will debut on Disney + at the end of 2021.

Find out if your CPF has been used in illegal accounts