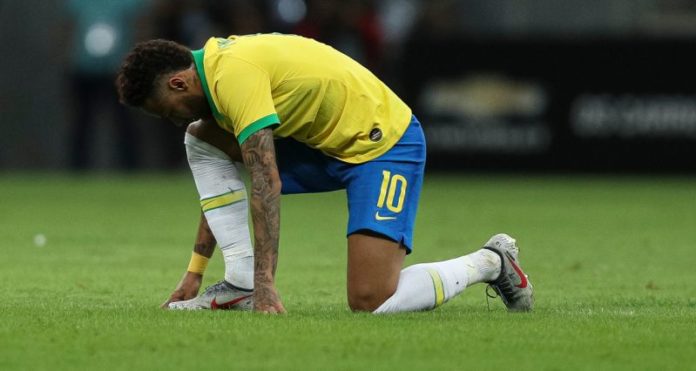 On October 13, in the friendly match between Brazil and Nigeria, played in Singapore, Neymar played just eleven minutes and retired injured from the field, touching the back of his left thigh. From then on, certain tensions between the National Team and the PSG began to manifest themselves and were well evidenced in recent days.

The reason that triggered the biggest anger? The return date of the forward. From Brazil they claim that it will be December 10, but, from France, they deny that information and exhibit their annoyance. “Will he return on day 10? Ah, with the Brazilian national team? Ah, we are here to prepare him for the National Team, ”said Thomas Tuchel, the coach of the Parisian team, appealing to his ironic side. And he added: “We have different objectives. It is a discussion between the club and the National Team. We do our best to recover it as quickly as possible. ”

This Friday, the Brazilian coach’s physical trainer, Fábio Mahseredjian, also referred publicly to the present of former Barcelona: “As for Neymar, most of the injuries he has suffered have been traumatic. Muscles have only been two. The latter has caused him to miss the opportunity to be with us this time. After the conversations we had with the PSG and about the rehabilitation program, we say that his return will be on December 10. So far, he is doing physiotherapy, so we do not call him, based on what the PSG doctors tell us. ”

On the other hand, the Parisian club, through a very brief and new official medical part, continued to play the mystery, misinforming rather than informing: “Neymar continues his care and rehabilitation in the center of Ooredoo with a good evolution.”

Messi, the “extraterrestrial” who wins the applause of Arturo Vidal