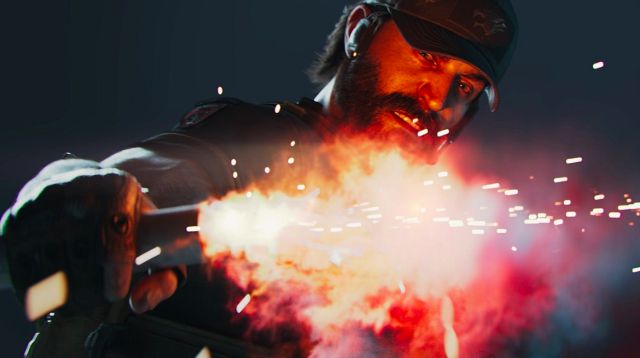 CrossfireX: We tell you how is the first shooter from the creators of Alan Wake, Control and Max Payne, as well as the adaptation to consoles of Crossfire, the online phenomenon. There is no where to catch it. Everything surrounding CrossfireX is so weird, so hard to understand, and SO disappointing that we don’t even know where to begin. Let’s do it by saying that today (February 16, 2022) we’re reviewing a game that actually came out in 2007. Back then, Crossfire was a PC-only, multiplayer-only shooter developed by Smilegate Entertainment, a humble little South Korean studio. Now it’s back on everyone’s lips with a new version that includes not one, but two singleplayer campaigns (!) that are also exclusive to the console (!!) and that are also signed by Remedy (!!!), the creators by Alan Wake, Control and Max Payne. The world upside down.

CrossfireX was conceived as a mere transfer of the original game to consoles that would also serve to relaunch the brand in the West. Here we hardly have any evidence of it, but globally we are talking about a game whose revenues are only surpassed by those of Fortnite, Dungeon Fighter Online, League of Legends and Pokémon Go. Almost nothing. In Asia, the fever for Crossfire is such that in recent years it has even had its own adaptations for Chinese cinema and television, both of which have been a real success. This version ‘X’ intended to continue adding, conquer new platforms and compensate for its delay by adding the Remedy campaigns as a detail. It didn’t sound bad, but the end result is a three-headed monster you’d better stay away from.

The game is exclusive to Xbox One and Series X/S, where it lands with a free to play multiplayer, a campaign available via Game Pass (Operation Catalyst) and a second paid campaign (Operation Spectre, something better). An irreverent method of marketing that has been accompanied by an eloquent silence on the radio as far as marketing is concerned. Because despite its initial objective, in the end there seems to be as little interest in publicizing the game as in providing codes to the press, lest they discover the cake and tell everyone. Because yes, friends, once again… the cake is a lie.

The Winchesters: Supernatural Wins Spinoff Over Dean And Sam’s Parents