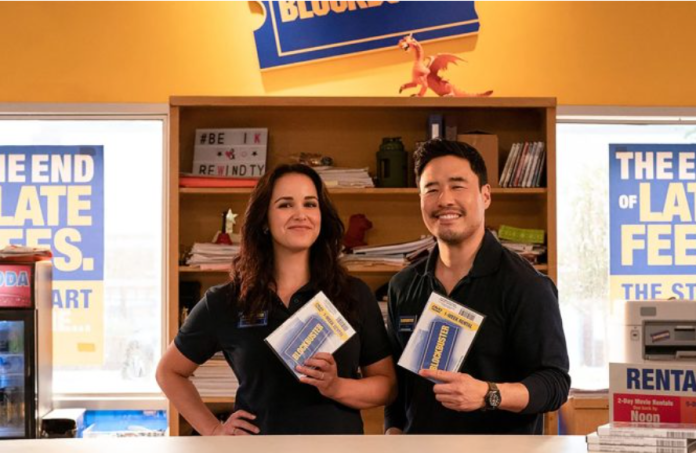 The first reviews of the Netflix sitcom “Blockbuster” have just appeared.

The series starred Randall Park and Melissa Fumero as employees of the last operating Blockbuster Video store, and it was released on Netflix today (November 3).

The blockbuster received almost unanimous negative reviews. Collider criticized the “poorly thought out premise” and wrote: “By the time this is all over, ‘Blockbuster’ will eventually become a series that you’ll probably return to the video store before you actually have time to finish it.”

The series received two stars from both The Guardian and The Telegraph, with the former criticizing the lack of energy in the show and the latter saying, “It’s just not funny.”

The show was created by Vanessa Ramos, who previously worked on Superstore and Brooklyn Nine-Nine, with Happy Endings creators David Kaspe and Jackie Clarke.

Uni TV’s head of comedy Jim Donnelly, who helped develop the show, said last year: “We are so happy to walk down the blockbuster aisles again with Vanessa, David and Jackie ahead.

“We are also excited to continue our collaboration with Netflix, where we will never have to worry about late fees.”

All 10 episodes of the Blockbuster are now streaming on Netflix.

Chrono Cross Remaster Is Real And Coming In April For Switch!