Home Crypto Critical Statement from the CEO of Binance and This Exchange! 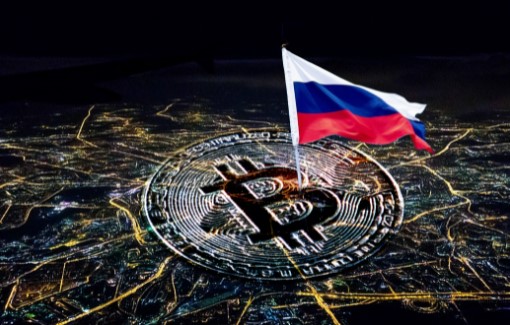 The chief executives of two major cryptocurrency exchanges, Binance and Coinbase, explained that they do not believe cryptocurrency is an effective tool to help Russia evade Western sanctions.

Since Russia began invading Ukraine, governments around the world have expressed concerns that the cryptocurrency could be used to circumvent sanctions imposed by Western countries.

The CEOs of two leading cryptocurrency exchanges shared their thoughts on whether cryptocurrencies will be an effective tool to circumvent sanctions. Binance CEO Changpeng Zhao (CZ) said in an interview with British daily newspaper The Guardian:

“Right now the media and politicians are putting a lot of effort and focus on crypto and sanctions. The truth is, crypto is too small for Russia.

If we look at crypto adoption today, probably around 3% of the global population is exposed to some form of crypto (i.e. owns some crypto). Most of them have only a small percentage of their net worth in crypto. On average less than 10%. So, crypto today probably has less than 0.3% of global net worth. This ratio is also valid for Russia.”

The Binance boss also explained the reason why Russia does not want to use crypto money in the continuation of his statements and said;

“Another reason Russia doesn’t want to use crypto is because it’s too traceable. And governments around the world are already very adept at tracking it.”

Also, Zhao said that using privacy-focused cryptocurrencies like monero won’t work either because the market value of XMR is $3 billion compared to Russia’s $1.5 trillion GDP.

Not Effective for Illegal Activities

Stating that every crypto transaction can be reviewed by anyone, Binance CEO emphasized that crypto assets are “not an effective tool for illegal activities”.

“We don’t think the risk of Russian oligarchs using crypto to evade sanctions is high. Because it’s an open ledger, trying to sneak a lot of money through crypto would be more traceable than using US dollar cash, art, gold or other assets.

Meanwhile, the G7 countries, the European Union and some other countries around the world are taking measures to prevent Russia from using cryptocurrency to evade sanctions.

The U.S. Treasury Department released a report last year stating that cryptocurrencies are reducing the effectiveness of U.S. sanctions. The department is currently monitoring efforts by Russia to evade sanctions using cryptocurrency.”

Bitcoin and ETH are stunned: this altcoin is in the greatest...