Home Crypto Critical Bitcoin and Altcoin Predictions for 2022 Have Arrived! 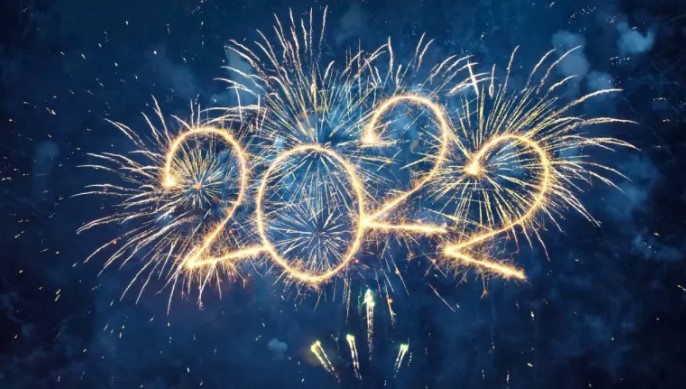 The first three months of 2022 could be crucial for the price development of cryptocurrencies. We all want to have the superpower to predict the future, or at least have some kind of crystal ball that lets us see what’s going to happen. Technical and fundamental analysis offers some viable strategies for realizing such forecasts. Bitcoin, like any other asset, is often subject to market forces, and that is why many experts are devoted to analyzing its movements and predicting the development of the next days, weeks or months. We’ve compiled the opinions of popular crypto analysts for Somanews readers to learn a little more about what 2022 might bring us.

Crypto analyst Tenkan states that he does not believe it is a bear market. “The price has been flat since March 2021, it has been hovering between $63,000 and $30,000 for almost a year,” said the analyst, noting that today $30,000 is a great support that has been confirmed several times, and he hopes this area does not break. Beyond that, there may be corrections, the analyst said, “Every big upswing needs a correction, whether it’s sideways or a sharp drop in price. We saw this when we first hit $20,000, and then we hit $3,200 to get some new support.”

Analyst David Battaglia, for his part, predicts a rise in the price of the leading crypto driven by external factors tied to the world economy. The analyst relies on the world macroeconomic situation with record levels of debt and the inability of the Fed (United States Federal Reserve) and other central banks to raise interest rates significantly. In this way, he thinks that “the bull market will continue due to the loss of purchasing power of the fiat despite any correction we can make”.

The anonymous analyst, known on Twitter as ImmortalCrypto, sees 2022 as a year of consolidation similar to 2021. Stating that he does not see the “crypto winter” and Bitcoin breaking below $30,000 unlikely, the analyst says that there is even a possibility of a new ATH in late 2022.

Which months will be key for Bitcoin in 2022?

David Battaglia urges crypto investors to pay attention to what happened in the first two months of the year. “January and February are very important months. If the market does not improve in that time, we will be fine in general,” he says.

Almost in the same belief as its colleagues, ImmortalCrypto believes the key will be in the spring starting March in Spain. At the moment, he says, “the market could have very good months and return to the $60,000 or $70,000 region.”

What opportunities could drive BTC price in 2022?

Regarding this issue, David Battaglia thinks that “more countries will enter the Bitcoin caravan at the state level, especially energy producers in the third world”. A case like this could be Paraguay’s. As reported by CriptoNoticias, this country is increasingly favored by miners looking to take advantage of cheap electricity.

“2021 was a great year” for Tenkan, and tools like DeFi, NFT, and games like Axie Infinity, which “gave a lot of visibility into the ecosystem,” were retained. “I believe the continued growth of this and other blockchain-based projects will increase flow, grow the ecosystem, and increase the prices of well-founded projects,” the analyst adds.

What risks could cause the Bitcoin price to drop?

Analysts evaluate the magnifying glass from several different angles. For David Battaglia, excessive leverage or a liquidity crisis are seemingly “short-term” risks. ImmortalCrypto thinks that the only thing that could trigger the decline is losing the $30,000 level in Bitcoin. This scenario, which the analyst likened to falling below $6,000 in 2018, could create a “total capitulation” with Bitcoin price dropping by more than 50%, and altcoins dropping close to 90% if that happens.

However, Tenkan mainly talks about what happened in the global health crisis due to the Covid-19 pandemic, and states that the new types of Covid and the closure of countries that cause fear in people may bring prices down. However, he is still optimistic for the future. The analyst makes the following assessment:

While this is a potential contingency, the Bitcoin trend has been bullish since its inception and there seems to be no or no signs of it ending. It is important to understand that cryptocurrencies have a 90% correction and this does not cause the uptrend to change.

Will BTC or altcoins dominate?

Analyst Tenkan expects Bitcoin dominance, which is “today at a record low of 40%,” to increase this year. “This rally could be fueled by a new Bitcoin bull rally. “It’s important to keep an eye on it so that we don’t lose sight of the focus of the ecosystem as a whole,” he says.

David Battaglia thinks similarly. “This is a tough question, but I think Bitcoin and altcoins are moving in cycles where this is changing. I think in the long run Bitcoin will win the war.” ImmortalCrypto also thinks so, stating that Bitcoin dominates the scene, but altcoins have intermittent mini alt seasons lasting 1 or 2 months.

Changes in Ethereum and their impact on its price

“Ethereum is the home of many brilliant projects, including NFTs. “I think it will continue to grow in 2022, but while that depends a lot on what Bitcoin is doing, the correlation between the two has always been strong.”

Tenkan, on the other hand, confirms that the news is “already in the prices”, with his “analyzing the markets for over 10 years” method. In other words, the news about Ethereum’s transition to the new 2.0 network will not affect the bull cycle, which for the analyst has even ‘longer-term strength’ than Bitcoin. Regarding Ethereum, the analyst said that the fundamentals of ETH are not the same as Bitcoin, “The market usually moves in the same direction, all up or all down. Therefore, if there is a new bullish rally in Bitcoin, all cryptocurrencies in general will go higher (with more or less volatility depending on each).

Stating that the price of Ethereum will “continue to rise if Bitcoin goes up,” David Battaglia comments on the updates, “it seems to me that they are on the way to more centralization.”

Binance Has Suspended Its Operations In This Country!