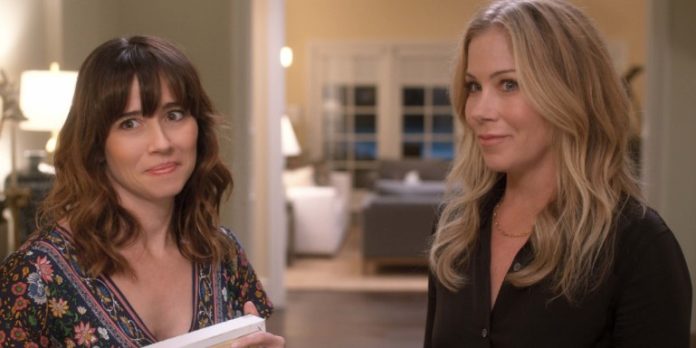 What started out as a series about two grieving ladies turned out to be one of the best additions to the already brilliant genre of black comedy. “Dead to Me” resonated with viewers when it was released in 2019 and was renewed for another season. However, the 3rd season of the Netflix series “Cristina Applegate” will be its last season, and fans can’t wait to see what else awaits Jen Harding and Julie Heide, the main characters of the drama.

Although it’s no secret that the series is great, no one causes him as much response as the famous actress Cristina Applegate. The series earned her an Emmy Award, as well as a diagnosis that changed her life.

What is Christina Applegate’s Netflix series about?

Jen Harding, played by Cristina Applegate, and Judy Hale, played by Linda Cardellini, become best friends in the darkest of times. On the one hand, Jen is shocked by the sudden loss of her husband, who died in a car accident. However, this is not just a car accident, but a hit-and-run incident, the truth of which Jen is desperately trying to find out.

On the other hand, Judy is mourning the loss of her fiance, who died of a heart attack. Although it turns out to be a lie later, they have already found solace in each other. In addition to the obviously black humor, there is also a sense of mystery in the series.

We follow Jen as she tries to figure out who hit her husband. In addition, the announcement of the renewal of the third season was made in July 2020, but was postponed until mid-2021 due to the pandemic. But when filming resumed in July 2021, Christina Applegate, who was losing her balance, was diagnosed.

What happened to the Dead to Me actress?

The actress was diagnosed with multiple sclerosis. In addition, multiple sclerosis is an autoimmune disease, which makes it more difficult for the body to interpret signals coming from the brain. And Applegate has been brushing off the signs for some time. However, the actress returned to finish the third and final season of the series.

Thus, the third season is key not only because of how many deaths Jen and Judy have claimed, but it may also take a very long time before we see Christian Applegate in the Netflix series.

Do Jen and Judy really have an unbreakable friendship? Let us know in the comments below

With a first look at Season 5 of The Crown, will...