Home News Cristiano Ronaldo was shaken by the pain of a child! lost his... 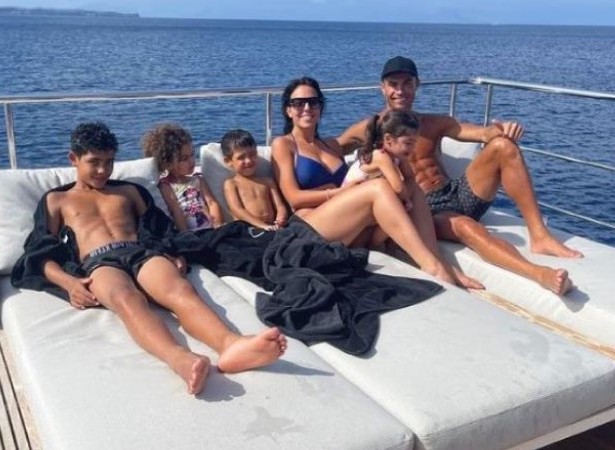 Cristiano Ronaldo, one of the best football players in the world, experienced the pain of a child. Portuguese star and his girlfriend Georgina Rodriguez announced the sad news with a joint statement. In the statement made on the social media, “Unfortunately, we lost our son. We are very sad. The greatest pain a mother and father can experience. The birth of our daughter gives us a little bit of strength to live.”
Cristiano Ronaldo and Georgina Rodriguez have announced that one of their newborn twins has passed away. Announcing the loss of his son, Ronaldo’s pain deeply affected sports fans.

“WE ARE VERY SAD”

Ronaldo’s statement on Instagram, “Unfortunately, we lost our son. We are very sad. The greatest pain a mother and a father can go through. The birth of our daughter gives us a little strength to live right now. Baby, we will always love you.”

ANNOUNCED TO THE WORLD

The photo, in which Cristiano Ronaldo announced that he was expecting twins, had the highest number of likes in Instagram history. Ronaldo’s post received 30 million likes.