Ronaldo added that the club showed no sympathy for his situation during pre-season training, when he was unable to join the rest of the team after his little daughter fell ill.

He said that the club’s management suspected him of lying and actively tried to force him to leave, which has been going on since last season.

The baffling revelations, which have since stunned United fans, have cast great doubt on Ronaldo’s future and how he will be able to play in a United shirt again.

Some angry fans have already started calling on the Portuguese captain to terminate his contract, which will effectively put an end to his ties with the Red Devils.

Today Ronaldo was photographed for the first time since he made a sharp remark to the 20-time champion of England and Ten Hag.

In the picture, Ronaldo is seen with United teammate Diogo Dalot, presumably in the camp of the Portuguese national team at the World Cup.

In the photo, Ronaldo looks overjoyed and smiles broadly, while giving a thumbs up.

Dalot, on the other hand, is simply unperturbed and does not react in any way – a stark contrast to the cheerful mood of his compatriot, less than 24 hours after he shocked United fans.

The ball is on the club’s side now, and what course of action they will choose.

Whatever they do, it must be motivated by Ronaldo’s departure in January to put an end to the fiasco surrounding him. 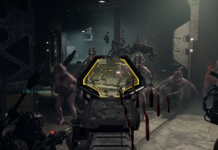