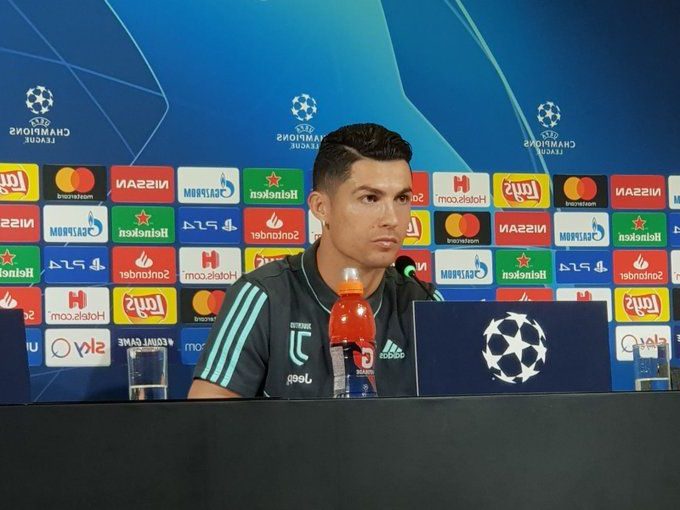 Cristiano Ronaldo appeared on Monday in the pre-match that will face Juventus on Tuesday with Lokomotiv of Moscow. In that sense, the Portuguese striker said that Vecchia Signora aspires to win it all this year, while he wanted to leave behind the fact of having reached 700 goals in his career. “That is already past,” he said.

“We have changed for the better and we are doing it, we are happy with this. Golden Ball or Champions League? Every year is a challenge not only for me but also for Juventus, we always want to win everything. I think this club should think in a big way, we know that it will be difficult, but everything is possible. The individual aspect does not matter: if you win collective prizes, the others will also arrive, “said Cristiano about Maurizio Sarri’s Juventus.

He added: “Last year we had a fantastic season, in this we started well. The most important thing in this moment is tomorrow’s game, we will have to play the best we can. We have a different coach, new players and a new system. I like the way the team plays: in every game we create many opportunities, we move differently by playing more forward. We still have things to improve, but we are proud of what we are doing so far. ”

On the goal scorer reached with Ukraine, he said: “The 700 goals are past, I want to go further to help the team and win trophies. The priority is to win with Juventus and with my national team.”

On the other hand, Ronaldo said that “it hurts when people do not tell the truth, sometimes even the press saddens me with things that are not true. Besides football I have a life, a family and children: everyone can criticize, it is not a problem because it is part of my job. It makes me happy to win and receive praise from my children after a game. ”

Cristiano also said that “age is only a number, but being 34, 35 or 36 does not necessarily mean being at the end of a race. Dybala and Higuain are fantastic players like Bernardeschi and Cuadrado, the coach knows better than anyone what is better for the team and decide based on that. It doesn’t matter who you play with, we are a united group and that is what matters most. ”

Finally, questioned about his defensive contribution to the team, he said: “It is not true that I do not help the team in defense, it is obvious that if you asked me to play as a goalkeeper I would not know how to do it. We succeed only because we work together as a team, This is the crucial point. “

WWE superstar Cody Rhodes has spoken about His Recovery from Injury,...