Home Sport Cristiano Ronaldo on the hunt for his 100 goal, a classification and... 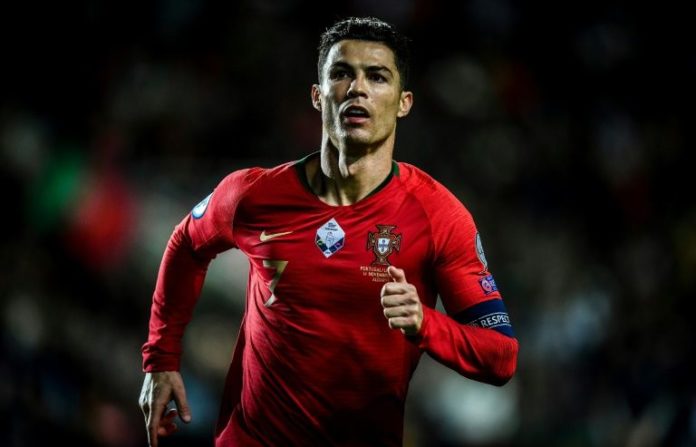 Cristiano Ronaldo travels to Luxembourg on Sunday with a triple objective: to seal Portugal’s qualification for Euro-2020, reach his 100 goals as an international and finally show his club, Juventus, that his decline has not yet come.

The fivefold winner of the Golden Ball, who will turn 35 next February, already showed signs of not being ‘dead’ last Thursday with three goals in the Portuguese victory against Lithuania (6-0).

With that ‘hat-trick’, Ronaldo reached 98 goals in 163 international matches, getting a little closer to the Iranian record Ali Daei (109).

Although this brand is somewhat anecdotal, what it demonstrates is that CR7 remains a lethal scorer: the top historical scorer of the Champions League (with 127 goals), ahead of his great Argentine rival Lionel Messi, the Portuguese has just exceed 700 goals as a professional in all competitions.

And two weeks after the attribution of a Golden Ball that this year does not have a clear favorite, Ronaldo continues to give arguments to win the prestigious trophy for the sixth time.

Their goals in Luxembourg would help to give the pass to Portugal for the European Championship after a phase of classification quite discreet from the collective point of view, marked by the defeat of the current European champion a month ago in Kiev against Ukraine (2-1).

To obtain their ticket, the Portuguese must keep in Luxembourg the second place in group B, threatened by Serbia, which has one less point and will receive Ukraine, which is already guaranteed to finish as the key champion.

With equal points, the ticket would be for Portugal, which drew 1-1 in Lisbon, but won 4-2 in Belgrade.

In the event that Portugal failed to qualify, the Russians would still have an opportunity via the play-offs, which will play the best teams (which have not been classified directly) of the recently created League of Nations (which the Portuguese won in June) and of the last four participants in the next Eurocup.

But this Sunday, Cristiano Ronaldo will also have the opportunity to show Juventus coach Maurizio Sarri, who is in optimal physical condition.

Last weekend, in the Serie A game that Turin beat AC Milan (1-0), the coach replaced the striker before game time with the excuse that he had “a small problem in a knee”.

The controversy broke out when the Italian press revealed that the Portuguese had directed some words towards the bench and went directly into the locker room, before leaving the stadium before the final whistle.

His star status could avoid a penalty or a fine by the Piedmontese club, but he should not escape a meeting with Pavel Nedved, vice president of Juventus in charge of relations with the locker room, the Italian sports press reported.

Despite his discreet performance on Sunday (which also coincided with his replacement, Argentine Paulo Dybala, scored the only goal of the game), his exhibition on Thursday against Lithuania led Corriere dello Sport to make an act of contrition: “Here (with Portugal) CR7 does not leave, hugs (the coach) Fernando Santos and stays in the bank (…) It is clear that here (in Italy) we have time to destroy the players, including those out of series ” .

Relieved, the Portuguese press has returned to praise the striker who has achieved his ninth triplet as an international and “no signs of injury.”

On Sunday, CR7 will once again be Portugal’s main weapon and will try to make their goals the best argument against its critics.