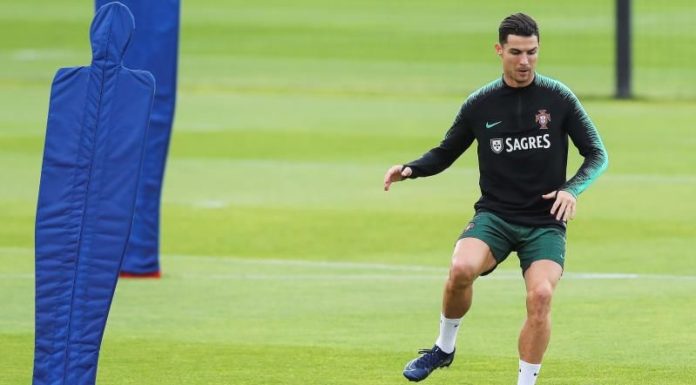 Cristiano Ronaldo on Tuesday turned away the rumors about a possible injury by training normally in the Portuguese national team, concentrated in the face of the Euro 2020 qualifying match that will play this Thursday against Lithuania.

The Juventus striker could be seen training without problems for 15 minutes of practice open to the press in the sports city of Oeiras, just outside Lisbon.

Rumors about the state of the exmadridista began after it was Sunday was replaced in 55 before Milan and the subsequent statements of his coach, Maurizio Sarri, who pointed out that the reason for that change was some kind of physical discomfort.

“He was kicked twenty days ago and since then he has not been able to train well,” Sarri said at a press conference after the match against Milan.

“That is the problem, the lack of continuity in training,” he said, although he played down the importance of stating that “the problem is not serious.”

Ronaldo, who left visibly angry after the change in the last game, has trained normally with his selection, which raises the question of whether there really are physical problems or the replacement was by technical decision.

The Portuguese team will travel today to the southern region of the Algarve, where on Thursday it will be measured in Lithuania, which has only added one point so far, in a crucial clash in the face of qualifying for the 2020 Euro.

After the 2-1 prick against Ukraine, Portugal is second in group B with 11 points, followed by Serbia with 10, so everything that is not winning could complicate its classification since they will only reach the final phase of the Eurocopa the first two of each group.

Three days later they will face a Luxembourg that, with four points under its belt, also has no options to qualify.