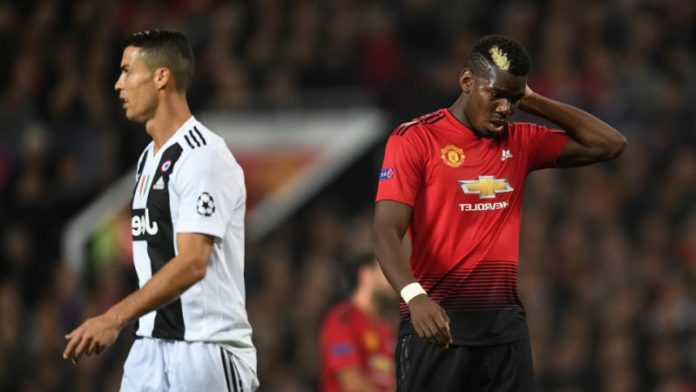 The news has caused a stir in Italy. And is that Real Madrid could have encountered a very serious competitor in the interest in signing Paul Pogba. And that is none other, nothing more, nothing less than Cristiano Ronaldo. According to the newspaper ‘Tuttosport’ Italian on its cover this Sunday, the Portuguese would have told the Juventus board to try to sign the French during this upcoming winter market.

It is known that Real Madrid pursues the signing of the Frenchman, as well as that his coach, Zinedine Zidane, has repeatedly requested his hiring. However, Manchester United does not agree to put the player on the market, who is currently injured and is not being able to enter the “red devils” lineups. The owners of Manchester United have already made it clear on several occasions that they will not let Pogba out at any price, despite the fact that the desire of the footballer has long been to change airs.

Now it is Juve, at the express request of Cristiano Ronaldo, who is willing to make an effort to undertake the signing of Pogba, the one desired by Zidane. The Italian team aspires to achieve this Champions League course and the signing of Pogba would be a clear step forward in those aspirations. And in terms of signings, Cristiano has enough to say in “La Vecchia Signora”. Already in his day was key, for example, to snatch the signing of the Dutchman De Ligt from FC Barcelona, ​​who asked him to play in Juve, achieving the “yes I want” of the Dutch

We will see what ends up happening with Pogba, if the United decides to move card and transfer it in this winter market.