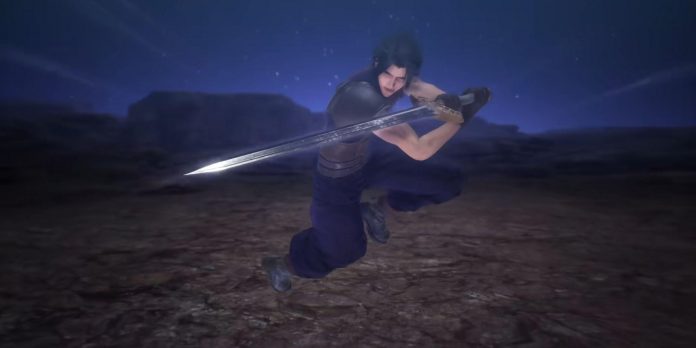 Square Enix has announced that the upcoming Crisis Core -Final Fantasy VII- Reunion will feature a new menu-based combat system, as well as other visual and quality-of-life improvements in the game. Crisis Core was a Final Fantasy VII prequel released for PSP in 2007, which is being reworked as Crisis Core Reunion for modern systems with a planned release date in winter 2022 on Nintendo Switch, PC, PS4, PS5, Xbox One, and Xbox Series X/S.

FF7 was a turn-based role-playing game, but all its sequels and prequels belonged to different genres, as did its remake. Crisis Core was an action role-playing game in which Zack Fair was the only playable character in the game. Like many other PSP action games, Crisis Core suffered due to the fact that the PSP had only one joystick, which limited the player’s control over his character and camera, forcing the camera controls to be fixed on the shoulder buttons. The fact that Crisis Core Reunion is available on modern systems means that it can finally add support for a second joystick, allowing the player to easily control the camera during combat, as well as releasing shoulder buttons for use for other teams.

The official account of Final Fantasy VII on Twitter announced some updates that will appear in Crisis Core Reunion. These include improved camera and character movements, an optimized user interface, new background music arranged by Takeharu Ishimoto, and voice acting of scenes that were previously text-only. The biggest new addition to the game is the menu-based combat system, which is likely to be an additional choice that works alongside the action system from the original version of the game.

The Twitter message does not specify what the menu-based combat system will actually look like, but most likely it will be the Crisis Core Reunion version of the classic FF7 Remake mode. FF7 Remake is a role—playing game, so the developers added a classic mode for those who wanted to get an experience closer to the original FF7. Classic mode controlled the characters’ movements, including actions such as dodging and blocking, so that the player controlled only the special moves and spells used by the group. The classic mode greatly simplified FF7 Remake, so Intergrade added a more complex version for it.

The new menu-based combat system probably allows the AI to control Zack’s movements while the player chooses his actions using the command menu. This will greatly facilitate the game, as Zack fights alone in Crisis Core Reunion, unlike FF7 Remake, where the other members of the group are always on hand with Phoenix Down. The fact that Zack is part of FF7 Remake means that some fans may want to simplify the gameplay in Crisis Core Reunion so that they can immerse themselves in the story without encountering any obstacles.