Crimson Desert is not an MMORPG, as explained by the developer and publisher of the game Pearl Abyss. The studio, also responsible for Black Desert, explained that the new game has a different focus and that it had little impact on the routine of the online game still in operation.

Pearl Abyss CEO Jeonghee Jin comments that the development of the new game is part of a separate project and that the Black Desert team continues to update the content as often. He also stressed that the new game focuses on story mode, since the team already has an MMO available. Still regarding the online game and its updates, Jin says the team remains very focused on community feedback.

Jin also explains that the simultaneous work in the two games ends up helping in the discovery of possibilities with the company’s own graphics engine, which would be proving very positive at the moment. And for Black Desert fans who may be concerned about a possible abandonment of the MMO released in 2014, he says with all certainty that the game will remain alive for at least another 5 years and that it will not fail to celebrate its 10 years of existence.

About the Crimson Desert story

Although some people have confused the style of the next game to be released at the end of the year, the trailer and the title website give all the necessary clues to see it as a game focused on narrative. The synopsis highlights that the player will experience the untold story of mercenaries fighting to survive in the unforgiving lands of Pywel.

For those interested in knowing more about the game, it is worth checking out the videos available on the site. The video below, for example, is the trailer commented by Daeil Kim, the game’s executive producer, and briefly clarifies what happens in each scene presented in the first content revealed to the public.

Kim first highlights the choices for the look, which worked to make the mountains visible from as far away as possible. He also talks about the care taken by the team to make the correct calculation of the lights applied and also the attention given to details such as vegetation. Throughout the video, he also describes what we can expect from the protagonist Macduff on his journey full of giant enemies, dragons and twists. 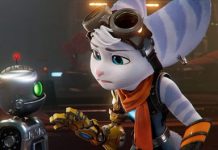