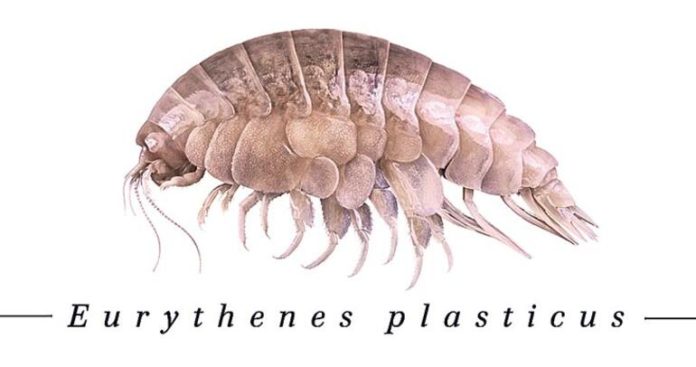 A new sea creature was discovered in the deepest point of the world, the Mariana Trench. In the analysis, plastic was found in the sea creature. The creature, which lives in the deepest parts of the ocean and has plastic, was called Eurythenes plasticus.

Scientists who discovered the new creature encountered plastic when they analyzed their samples. The sea shell discovered in the Mariana Trench was named Eurythenes plasticus because of the plastic in its body.

In one of the four analyzed samples of Eurythenes plasticus, microfiber plastic was found. The microfiber found resembles 83 percent of the plastic used in the production of water bottles.

Dr. Newcastle University, who took part in the study of the discovery of Plasticus. Alan Jamieson showed that the most prominent thing in the analysis was plastic, as they gave the animal this name.

Pollution of oceans and seas affects sea creatures deeply, as seen in the example of Eurythenes plasticus. Eurythenes plasticus is just one example. WWF states that more than 270 species are affected by plastic pollution in the seas and oceans. According to WWF reports, 90 percent of seabirds have plastic in their stomachs and tens of thousands of sea creatures die every year due to plastic pollution.