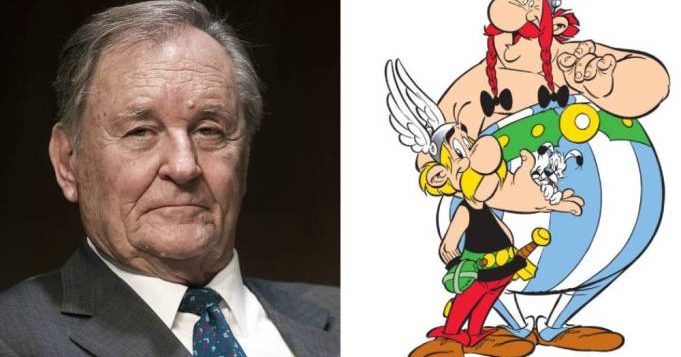 One of the 2 creators of the beloved world-renowned comic book character “Asterix” died on Tuesday at the age of 92, the French press quoted family members as saying that Uderzo died of a heart attack in the Parisian suburb of Neuilly.

Asterix, portrayed as a short man with a drooping mustache who always wears a winged helmet, was created in the early 1960s by Uderzo and René Goscinny.

The character lived in a village in Gaul, present-day France, resisting the Roman conquerors, along with his inseparable big-bellied friend, Obelix.

“Albert Uderzo died in his sleep at his Neuilly home of a heart attack with no ties to the coronavirus,” the French press quoted his son-in-law, Bernard de Choisy, as saying.

“He had been very tired for several weeks.”

Together, they created 24 comics. After Goscinny’s death in 1977, Underzo also took over the writing duties for the comics, deciding to continue without his creative partner.

The books of “Asterix” have been translated into dozens of languages.

The platform provides 160 IT staff with salaries of R $...

PS5: Sony is waiting for it to be restocked for Christmas!

Genshin Impact: where are the posters

KAROL G RESPONDS IN AN FUNNY WAY TO THE RULORS OF...

Jensen Ackles will be in the third season of the series