Home Entertainment Creative Director of Skull and Bones talks about his favorite ships and... 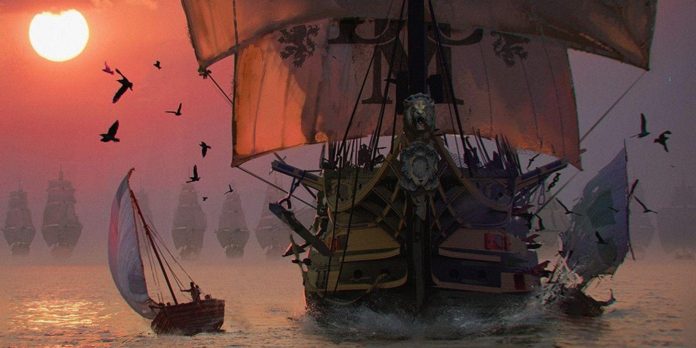 In a recent interview, the creative director of the upcoming pirate game Skull and Bones shared her favorite ship and items offered in the game. After a long series of delays, the release date of Skull and Bones was announced earlier this month, along with a new gameplay trailer. The open-world game promises a unique multiplayer reckless experience in which players build a pirate empire from scratch.

Players start “Skull and Bones”, having just survived a shipwreck, and they will need to collect materials to repair their ship and protect themselves from the wildlife around them. Most of the game is centered around the Infamy system, which players can earn by hunting for treasure and fulfilling pirate contracts. Infamy will allow players to unlock blueprints for better ships, armor, and weapons, and will also give them larger contracts that offer larger rewards. Once launched, along with the single player game, the game will offer both a PvP and a PvE server where players can fight each other or work together on quests. Inspired by the golden age of piracy, Skull and Bones draws a lot of influence from the real history of piracy.

In a recent interview with Screen Rant, the creative director of Skull and Bones, Elizabeth Pellen, spoke in detail about what players can expect from the game and what inspires it. Pellen described how the game strives to satisfy the ideal pirate fantasy, but at the same time relies on an incredible story of pirate life. Although the game offers a variety of ships and weapons, Pellen in particular pointed out two things when asked about her favorites in the game, stating:

Yes, my favorite ship is probably a Sloop-of-War. He is not the biggest and not the strongest. But I like him because he allows me to be quite effective during the fight, but he also offers me a load capacity. The game is dedicated to stealing some resources, and it’s easy to maneuver, so I like its flexibility.

Something I also like to play, when I really collaborate with friends to attack a fortress, I like to play a healer. Because in the game we have turned some weapons into a healer’s weapon. I think it’s a lot of fun to be able to support the player and play more from a distance. That’s the style I like to play.

This part of the interview reveals some interesting variations of the Skull and Bones style of play that some players may not be aware of. Although the gameplay trailer gave a good idea of the features of Skull and Bones, details about things like specific ships and items were not covered in detail. The addition of healing items is sure to come as a surprise to many players who expected only damage-based weapons in the game. It seems that players will have a lot of freedom in customizing their ships and items according to how they want to play, whether it’s smaller ships that offer speed or larger ships that offer strength.

God of War Ragnarok: What is Fimbulwinter?