Home Entertainment Creating a Hogwarts Legacy Character Must be Thorough 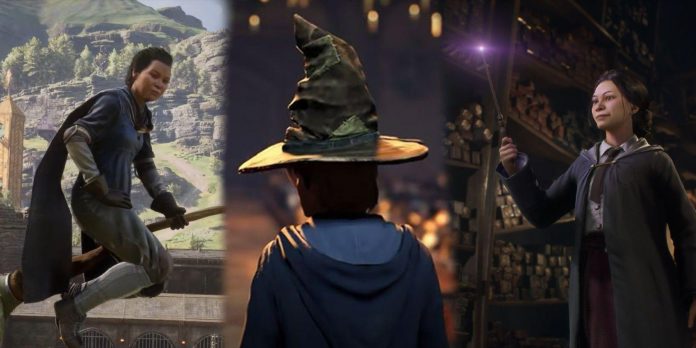 First announced at the end of 2020, Avalanche Software’s foray into the Wizarding world caused a great stir among fans of the Harry Potter franchise. Hogwarts Legacy is a single—player role-playing game that takes place a hundred years before Harry and his friends first boarded the Hogwarts Express, although it also tells about the time spent by a student at a magic school. Hogwarts Legacy will take place in the late 1800s, when players take on the role of a new Hogwarts student who finds himself embroiled in a mystery involving resurgent ancient magic and a growing goblin rebellion.
To date, many elements of the upcoming “Hogwarts Legacy” have been revealed, and a detailed look at the gameplay shows players what they can expect from their time at the famous school of wizardry. With lessons to navigate, spells to develop, and magical secrets to uncover, players seem to be busy with this open-world role-playing game. However, many gamers are wondering how the aspects of character creation in Hogwarts Legacy will develop, and whether the game will be thought out enough for this feature.
RELATED: Hogwarts Legacy Can Introduce Polyjuice Potions in Exciting Ways
A variety of options for Hogwarts students
The developer has provided some details about what players will face when it comes to creating their own character in Hogwarts Legacy. There will be typical elements with gamers who will be able to choose their gender, skin color, facial features, hairstyles, physique and even voice. The full extent of how players will be able to manipulate and customize these aspects is not yet clear, but it looks like there will be quite a variety of functions to choose from. Gamers will also be able to choose their most important Hogwarts faculty from intelligent Ravenclaw, bold Gryffindor, ambitious Slytherin and friendly Hufflepuff.
The house that players choose will give them access to certain common rooms, and their gender will also affect which dormitories they will sleep in. Later in the game, players will be able to get new outfits and robes at places like Hogsmeade to further give their main character a bit of personality, and they will also be able to decide what type of wand or pet they have.
The importance of making the main character your own
Character creation is always a fun way to start a game, and it allows players to really put their stamp on their character. This can lead to some really weird and wonderful creations, and if there’s a particularly deep and thorough character creator in the title, it can really set it apart from other games. So far, the creator of the Hogwarts Legacy characters seems pretty standard, and some fans would really like him to push the boundaries more. After all, the Magical world is full of magic and otherworldly elements.
The creator of the Hogwarts Legacy character seems to have embraced the physical aspects, even if they don’t seem to push the boat as much, but there are so many other elements he could explore. While players will be able to choose their own Hogwarts, it remains to be seen if they will also be able to assign backstory or character traits to their main character. These are usually the elements that determine which House a witch or wizard belongs to, and without them, the choice seems a bit superficial.
Players may also want to create more backstory for their main character, with such fundamental elements as, for example, Muggle-birth. The blood status of a witch or wizard is of great importance to some characters, and this background can make a huge difference to how the main character is treated throughout the game. Since fans are so used to seeing the Wizarding world through the eyes of characters like Ron, Harry and Hermione, this is a chance for the Hogwarts Legacy to truly expand these horizons, and allowing players to choose as much as possible about their main character is the best way to let them shape their own journey.
The release of Hogwarts Legacy is scheduled for the 2022 holiday for PC, PS4, PS5, Nintendo Switch, Xbox One and Xbox Series X/S.

FIFA 22: Pierre-Emerick Aubameyang, This Is How Barça’s Revelation Is In...