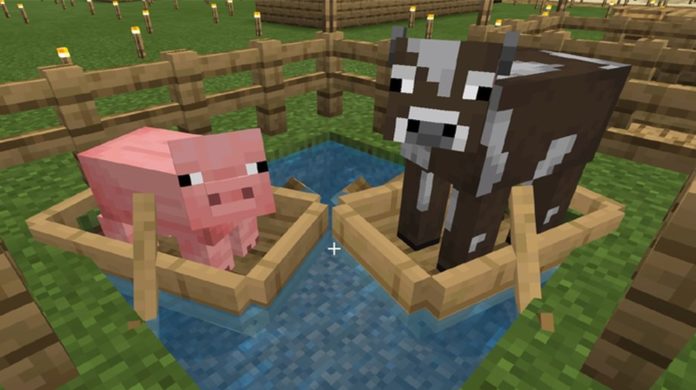 Creating and exiting a boat in Minecraft is a simple task. The game allows players to venture across the seas with boats, which have been redesigned in the latest updates to be more resilient. However, before it was more common for the boat to break accidentally before it needed to leave. Now that the object is not easily damaged, some users have trouble getting out of it. In the following tutorial, learn how to make your own boat in Minecraft on Xbox One, PlayStation 4 (PS4), Nintendo Switch, Android, iPhone (iOS) and PC, in addition to learning how to get out of it on each platform.

For some time, boats worked differently on video games, cell phones and PCs. The “Bedrock Edition” version unified the look and feel between all platforms. The vessels used to be fragile in Minecraft for console and computer, because they broke when hitting any object.

It was in the defunct Minecraft: Pocket Edition that the current versions of the boats emerged, which are sturdy and use wooden paddles as oars. A peculiarity is that, now, players can even place them on dry land and they still move relatively well.

How to create a boat
Step 1. Strike some trees until you have six wooden boards and two sticks;

Step 2. Use a work table to transform a wooden board and two sticks into a wooden shovel;

Step 3. Use a work table to transform the Wooden Shovel and the remaining five Wooden Boards into a Boat;

Step 4. Place it in the water with the same button that positions blocks: left trigger on the consoles, right click on the PC and touch the screen on the smartphones;

Step 5. Use the same method to enter the boat by pressing the trigger, clicking or touching the boat.

How to get off the boat
Step 1. On Xbox One, PlayStation 4, Switch and other consoles, press the right analog stick inside;

Step 2. In the PC version, press the left shift key;

Step 3. On Android and iOS smartphones, tap the “Exit the boat” button on the screen.