Home Entertainment Crazy! Deadpool Crosses Paths With The MCU For The First Time Alongside... 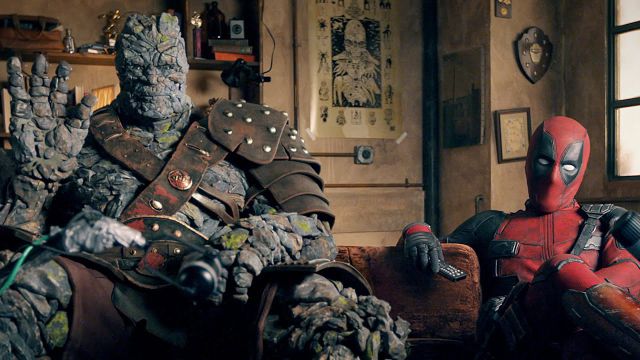 Deadpool: Ryan Reynolds stars in a clip for his YouTube channel alongside the Marvel Studios character played by Taika Waititi commenting on his new movie. Fun and hilarious video that Ryan Reynolds gives us through his YouTube channel. And for the first time, Deadpool meets Marvel Studios to casually comment on a trailer for Free Guy, the actor’s next film in which he lives in a multiplayer battle royale video game. And he does it together with the character of Korg, Thor’s friend since Thor Ragnarok and who also appeared in Avengers Endgame sharing a house with a tormented God of Thunder and in poor shape, an alien played by the actor and director Taika Waititi.

Thus, and through a video created by Ryan Reynolds for his YouTube channel and entitled “Deadpool and Korg react”, the actor manages to kill several birds with one stone. So much so, that the marketing move is absolutely accurate, since in just over 4 minutes he manages to promote his new movie Free Guy, Deadpool’s arrival at Marvel Studios after Disney’s purchase of Fox and, incidentally, promote your YouTube channel.

All this through a video clip of high production values ​​with CGI for a Korg that looks like something out of a MCU movie; In this sense, it seems that Korg comes from Thor’s house after playing Fortnite in that remembered scene from Avengers Endgame in which Hulk and Rocket did not believe what they were seeing.

In this video, both characters openly comment on Deadpool’s arrival at Marvel Studios in the usual carefree tone of Deadpool movies, even going beyond the fourth wall in their unlikely conversation. Of course, at the moment there is no official information about the start of filming Deadpool 3 and how the character will be included in the current UCM; Perhaps through the impending multiverse?