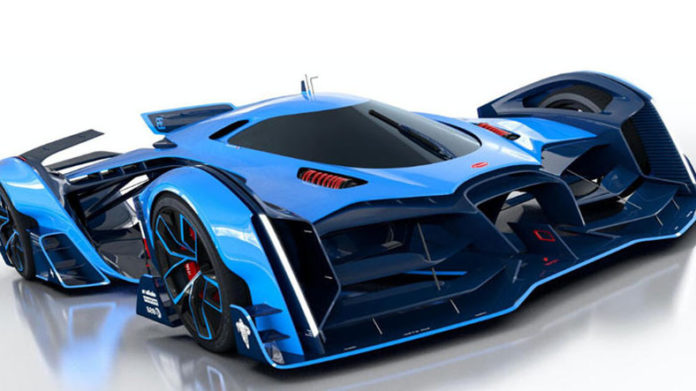 Unfortunately, Bugatti, which produces the fastest hyper-cars we see today, does not participate in the 24-hour Le Mans race, which the racing world is looking forward to every year. But this does not mean that we will never see Bugatti’s Le Mans vehicle.

A student named Max Lask, who is on his way to graduate from Braunschweig Art University, created and rendered Bugatti’s concept Le Mans vehicle. Moreover, Max Lask did not do this for pleasure, but he presented this project for his thesis, which he must submit to gain the right to graduate from his school.

Max’s thesis allowed Bugatti to snatch himself:
In fact, Max Lask worked as an intern at Bugatti last year. The company sponsored Max’s thesis and helped him. Bugatti, who was deeply impressed by Max’s latest design, took Max to the company’s external design department. This may be an indication of the madness Max will offer us in Bugatti.

The vehicle in this concept, called Bugatti Vision Le Mans, has managed to maintain Bugatti’s standard two-tone paint character and the horseshoe-shaped grid design. On the other hand, there is a gap in the middle of the sides of the vehicle. On the floor of this gap are channels similar to the air ducts in F1 vehicles – of course we do not count the gap underneath the vehicle.

The paint job at Bugatti Vision Le Mans reveals how much detail the vehicle actually has. We do not know if Bugatti will come up with such a tool in the future. Although the vehicle has a very different appearance from today’s Le Mans vehicles, perhaps it appears as a concept car.

OnePlus 9 with Snapdragon 888 processor on stage