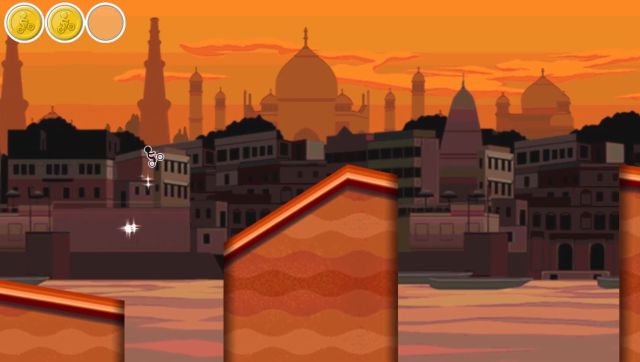 Crazy BMX World comes to Nintendo Switch with a very groundbreaking price and addictive gameplay. A title to consider for the Nintendo hybrid.

Shinyuden brings us on this occasion to the Nintendo hybrid —Nintendo Switch— a super addictive video game and also at a very low price, something that is beginning to be the watchword of the Spanish-Japanese house. This same year we analyzed in this house another work published by Shinyuden, Heroes Trials, and we commented that after playing it, it gave us a déjà vu to Terra Incognita, the “Yaroze title” of PlayStation.

With Crazy BMX World, the video game that concerns us today, another production has also come to mind, that of Roll7, OlliOlli. With such a high bar, it remains to be seen whether Spicysoft’s product lives up to expectations, right?

It is almost a utopia that in the middle of 2020 and with control knobs of more than ten buttons, video games that only require a single button are still being launched. The case of Crazy BMX World has a bit of a trap since its origin is in mobile devices, so having only one action button is very comfortable. Even so, little joke with the video game because, as stated on its website, more than 27 million users with mobile phones, Nintendo 3DS and Wii U have been able to enjoy it. Now it comes to the half-living room half-portable console with a single goal; continue to captivate audiences.

Crazy BMX World is simple both in mechanics and execution, although it is another thing to master it perfectly. In the video game we ride a cross bike while we travel through 295 screens distributed in 7 worlds dodging problems and jumping on platforms. The goal is simple; go through all the screens from the start area to the end collecting coins without falling into the void.

Although it seems an easy task, it is not at all because the platforms, jumps, falls and elements of the environment are measured very badly. There are several objects that can help us in our task but even so, precision plays an important role when reaching the goal.

To give you an idea of ​​how Crazy BMX World works, imagine a two-dimensional scenario with lateral scrolling from right to left in which platforms, falls and obstacles appear that we must overcome by jumping with the bicycle if we want to reach the goal alive. Simple but very addictive.

At the beginning of the analysis we told you about Olli Olli, a great skater-themed title where we traveled from one end of the screen to another avoiding obstacles while doing tricks with the skateboard. Be that as it may, Crazy BMX World has reminded us a bit of him in sensations but also in terms of graphics, with a very nice and minimalist drawing style but at the same time full of colors. Also with a retro touch.