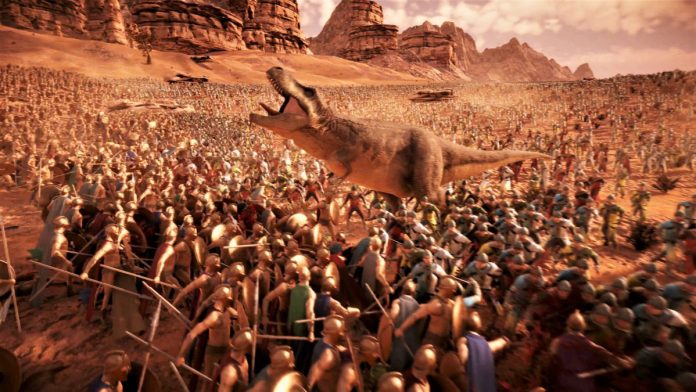 Ultimate Epic Battle Simulator 2 is the new from Brilliant Game Studios for PC, a massive battle simulator capable of displaying more than 1 million characters on the screen at the same time at 60 FPS and without getting messy; as long as the hardware allows it, of course. And is that after the first installment launched in 2017 and its more than 10,000 characters on screen, its creators intend to go much further by betting on real-time contests of nothing more and nothing less than 1.3 million units at a time.

The most massive contests

Thus, its creators have shared a first look at their ambitious skirmishes through a new trailer where we can see Ultimate Epic Battle Simulator 2 in action. But it is that beyond placing more than 1 million characters on the same stage (occupying practically all terrain), the wide variety of available units has also been presented, as crazy as the game concept itself. So much so, that we can turn to soldiers of all times, dinosaurs, zombies, orcs and even guerrilla ducks with metal helmets, among many other types.

However, and according to its creators, this sequel will allow players to control up to 100 times more characters than in the first part, also having all kinds of graphical and performance improvements, with a much more stable framerate. To all this we must add its creative and community component, with the possibility of creating and sharing scenarios, battles and campaigns with other players; and download the ones we like the most.

Ultimate Epic Battle Simulator 2, at the moment, does not have a specific release date, although it is expected to arrive on PC through Steam sometime next fall, at a price also to be specified.

The Medium PC system requirements have been updated