Home Entertainment Crash was accused of racism towards fans at the concert,” he replied Crush is currently facing a huge backlash over the abuse of two black fans at a recent concert.

On October 10, KST, a video recording of the R&B singer’s performance at the ‘2022 SOMEDAY PLEMORA’ festival went viral on social networks, as it shows how he diligently gives the audience high fives and allegedly ignores those in the audience with darker skin.

According to one of the two fans, the singer avoided touching hands, applauding and touching others in the front row of the show. She posted a video of the incident, which caused a wide response in social networks. In the clip, Crush can be seen touching the hands of fans in the front row, then pauses and steps back a little, nodding towards the audience before continuing.

The two fans, who are also roommates, are longtime Crush fans. The one who posted the video shared the experience on Twitter, saying that one of their friends pulled his hand away to let the singer join them, but he jumped on two, still managing to touch the girl’s lowered hand.

The second fan also spoke about her experience, expressing disappointment and pain due to discrimination.

yeah… i’m the roommate. for this to happen to us first hand really broke my heart. i’ve never experienced blatant discrimination like this in my entire life. especially since he was my favorite artist, it hurts so bad https://t.co/AhoyLU1zOw

“Yes… I’m a roommate.” the fact that this happened to us first-hand really broke my heart. I have never faced such blatant discrimination in my entire life. especially since he was my favorite artist, it hurts so much”

In response to the claim, Crush apologized a few hours later, saying that it was a misunderstanding, and writing in Korean and English: 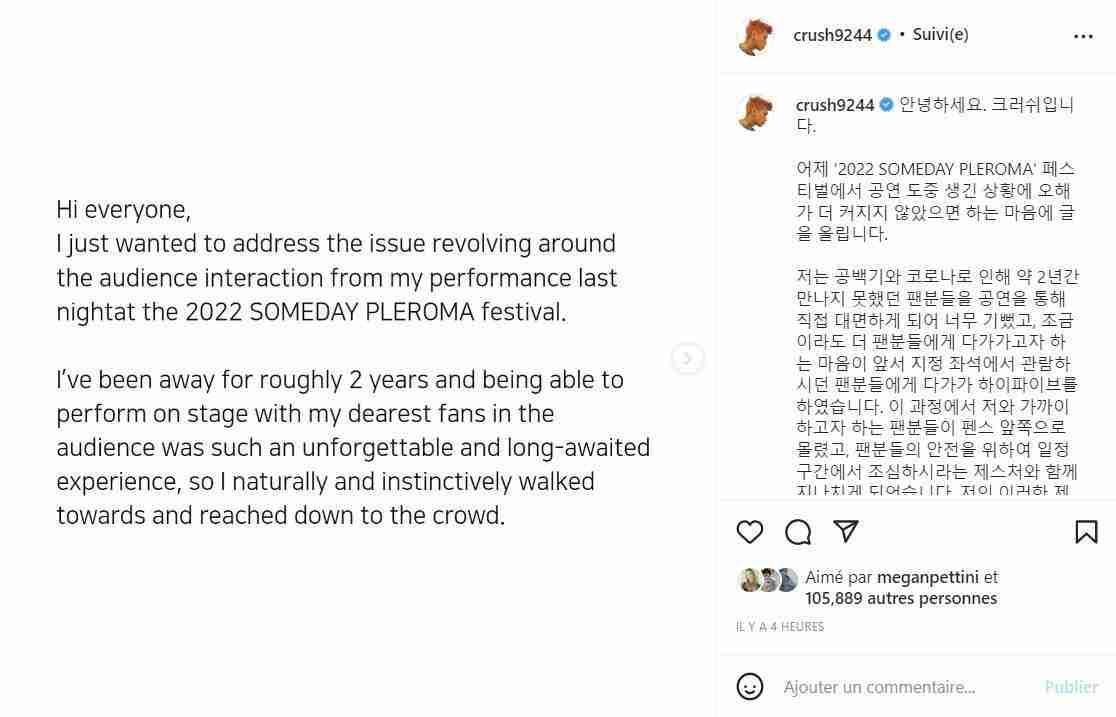 It is reported that the production of seasons 4 and 5...

George Clooney’s Batman & Robin’s Nipple Suit Up for Auction for...