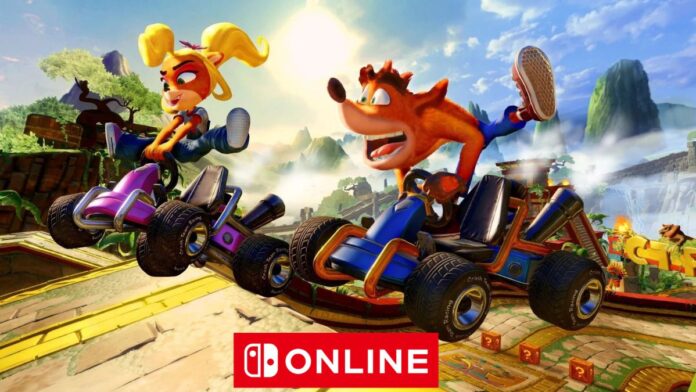 For a few days, all members of the Nintendo service will have the possibility to enjoy the full version. The road is going to burn in winter.

Crash Team Racing Nitro-Fueled, the reimagining of the classic from the first PlayStation, has returned from Activision and Beenox in a game that respects its legacy, although it adds many new features compared to the original version. If you have not tried it and you are a subscriber of Nintendo Switch Online, you will have the possibility to access the full version for free. Of course, only for a limited time.

Nintendo America has announced on its official Twitter account that all service members will be able to download and enjoy the game from December 30 to January 5. This includes all the main modes, so local and multiplayer modes will be open to anyone who wants to give it a try. It is not clear whether or not it will be available in Spain, since no more countries have confirmed beyond the United States.

The Nintendo Switch Online service allows players of this console to enjoy online games, as well as obtain some additional benefits.

A saga with health

Crash Bandicoot lives a second golden age. The classic created by Naughty Dog came to life thanks to a remake of the first trilogy. Later came the revamped version of this racing game, while this year they have finally released and marketed an entirely new adventure, Crash Bandicoot 4: It’s About Time. Following the example of previous video games, Activision has published a title that adds new powers and levels, always with that trademark difficulty.

Crash Team Racing Nitro-Fueled is available on PS4, Xbox One, and Nintendo Switch. Since its launch, the game has been expanded with new free content, under a seasonal model. Throughout all these months, new drivers, karts and many other customization elements have been incorporated. With all this, the races become a fight for survival. Will you be able to be first or will you stay on the road?

Instagram Introduced Its New Feature ‘Add You Too’ to Everyone