Home Celebrity ‘Crash Landing on You’ Reaches Its Emotional End 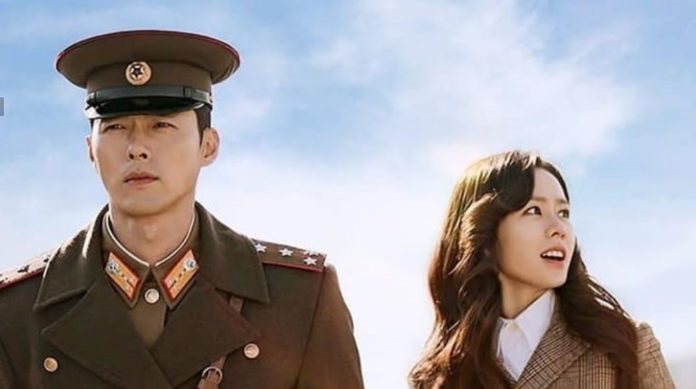 Fans can’t hold back crying after knowing the latest episode of this K-drama.

“Crash Landing on You, ” starring actors Hyun Bin and Son Ye Jin, has become one of Korea’s most popular Korean series and Netflix platform .

The drama has been one of the most watched this year, even exceeding the raiting of series like “Goblin”; However, everything good has an end. We tell you all the details.

The penultimate episode left everyone with a broken heart, because the protagonist “Yoon Se Ri” was between life and death after undergoing surgery, also the character “Goo Seung Joon” risked his life to save his crush “Seo Dan “, the last scene was the typical beep announcing the death of someone.

For his part, “Ri Jung Hyuk” had to return to North Korea after completing his mission, many wonder if the main couple could achieve their love and stay together and the final episode fulfilled their dreams: they end up together. Although their nations are at war and had to overcome obstacles, love was stronger.

“Crash landing on you” has a plot about “forbidden love”, this drama is for you. The protagonists must face the obstacles that separate them: being from different nations that are in conflict, North Korea and South Korea. An heiress of a rich family will fall in love with a North Korean military.

Some fans could not help but cry with the end and also regret that the secondary couple did not have a satisfactory ending. This is one of the drama that you should see if or if.

This drama is characterized by addressing a real conflict and of great importance from the romantic point of view. It is a way of raising awareness of the differences between the two nations, trying to maintain the hope that one day both may have a reconciliation of peace.

SF9’s Hwiyoung celebrates his birthday with love from fans