Home Entertainment Crash Bandicoot: On the Run! is now available for free 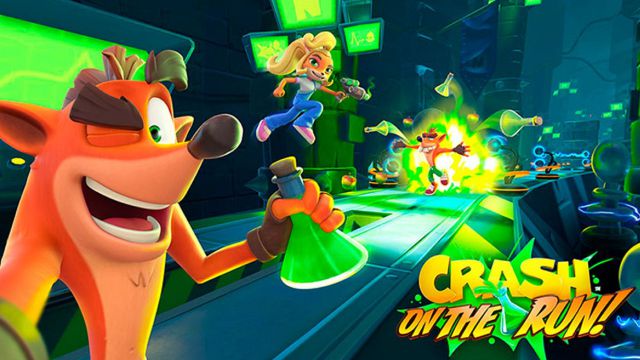 The best-known marsupial in video games comes to mobile devices after going through consoles and the PC.

Evil doesn’t sleep, so there’s no rest for the quintessential video game marsupial. As planned, Crash Bandic oot: On the Run! has debuted on mobile devices. The game, which works under a free-to-play model, can be downloaded for free on both iOS and Android through the Apple Store and Google Play, respectively. It is a runner, so that players will have to go through the levels while Crash runs, dodges obstacles and defeats his enemies.

“We’re really excited to launch this well-known and beloved series on mobile,” said Stephen Jarret, Vice President of Design at King and Creative Lead for Crash Bandicoot: On the Run !. “Our ambition is to transform the runner experience” to blend it with “classic Crash gameplay,” all while adding “deep progression.” They plan to bring back some of the franchise’s most iconic characters, as well as previous enemies, bosses, and previous scenarios.

Neo Cortex is back

In this new production, the villain of always returns to do his thing. Dr. Neo Cortex has returned with the intention of taking control of the multiverse, an ambitious plan that he will not develop alone. Only Crash and his sister Coco will be able to stop the wacky professor, not without taking out multiple enemies in his wake. The developer promises more than 100 hours of gameplay, so the adventure will have many elements to enjoy.

Crash Bandicoot: On the Run is developed by King, a company specialized in video games for mobile devices. Meanwhile, Activision and Toys for Bob have developed the fourth major installment in the series. This is Crash Bandicoot 4: It’s About Time, which was first marketed on Xbox One and PS4, although it has later been optimized on the new generation (Xbox Series X, Xbox Series S, PS5), Nintendo Switch and PC.

Billie Eilish says she would “rather die” than not have children,...

The waters do not settle in Activision! Layoffs have begun