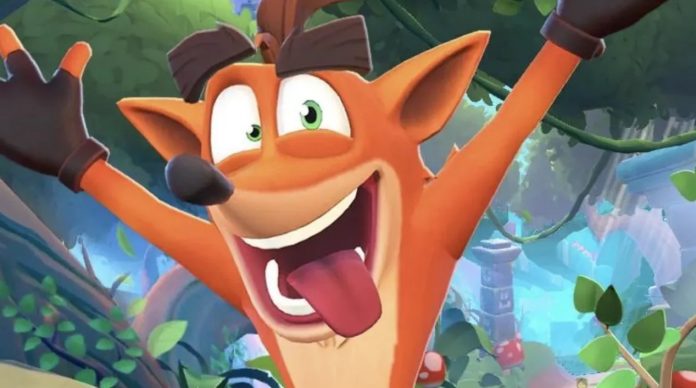 The release date for the mobile game Crash Bandicoot: On the Run has finally been announced. The game, which will be released by King company under Activision license, will be presented to Android and iOS users this month. For excited fans, the production is currently open for pre-registration.

King, the popular mobile game developer who made his name known to the whole world with the Candy Crush series; In 2016, he purchased the license rights for the Crash Bandicoot series from Activision. After five years, the developers have finally made their first move. While the details of the production that will be released under the name of On the Run are not known so far; Finally, it was announced to the players with the release date, price and preview images.

Crash Bandicoot: On the Run is coming March 25

Crash Bandicoot: On the Run, which is planned to be offered to players for free, addressed the release date of March 25, 2021. The game will be offered to Android and iOS devices at the same time; Although it is free download, it was stated that it will be supported with in-app purchases.

The game you will encounter again after years with iconic Crash Bandicoot characters such as Scorporilla, Nitrus Brio, Nina Cortex and Dingdile; It invites you to a breathtaking adventure where you can find freedom by spotting the enemies on the island and unlocking the weapons. As of the following weeks, you can decorate your character with various customizations thanks to many special skins and costume packages. You can join the fierce struggle to rise to the top of the leaderboard!

Crash Bandicoot: On the Run, which you can currently pre-register on the App Store and Google Play Store; It also promises various rewards for early sign-up users! We recommend that you do not miss this opportunity …