Home Entertainment Crash Bandicoot And Spyro, What Can Be Your Future After The Purchase... 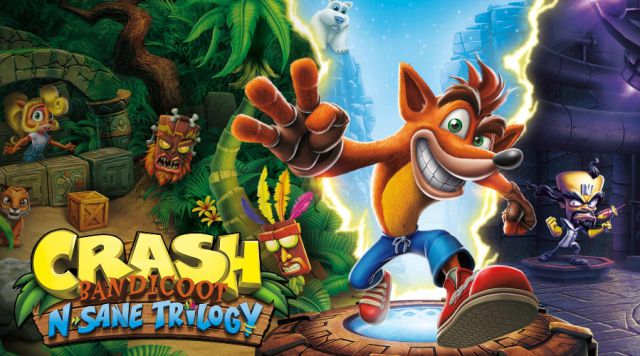 Crash Bandicoot: The purchase agreement of Activision Blizzard by Microsoft implies the change of owner of both licenses. Present and possible future. Microsoft announced on Tuesday its intention to buy Activision Blizzard after reaching an agreement with the North American firm that is estimated at 68.7 billion dollars. This movement, historic and massive, implies many things. From the transfer of some 10,000 employees to a dozen studios and subsidiaries and, consequently, their licenses. Video game. Among them, Crash Bandicoot and Spyro the Dragon, which became a trend in networks throughout the afternoon. Now, what can be his real future? Let’s see how things are with both licenses.

Present: Current status of Crash Bandicoot and Spyro the Dragon

The future cannot be predicted, so the answer to “what will happen to Crash and Spyro?” no response at this time. What we can do is assess the last few years of both IPs and how Activision Blizzard has managed its presence in the market.

Let’s start with Crash Bandicoot, which contrary to what a portion of the fans may think, does not have any kind of roots or exclusivity with PlayStation; in fact, only its first three installments – there are countless titles on many platforms – were exclusive to PlayStation.

We have to go back to 2017, specifically to the month of June. Vicarious Visions is the studio chosen to make what has been asked for more than a decade come true: the return of the original trilogy: Crash Bandicoot N. Sane Trilogy, compiling the three Naughty Dog episodes in a remastered form. An absolute success on a commercial level with more than 10 million units sold after adding the copies of PS4, Xbox One, PC and Nintendo Switch.

Just one year later, in 2018, it would be the purple dragon’s turn. Spyro Reignited Trilogy (PS4, Xbox One, PC, Nintendo Switch), this time from Toys for Bob on home platforms, another of Activision’s subsidiaries. Very good ratings and sales of several million copies, although specific data never came out beyond its debut.