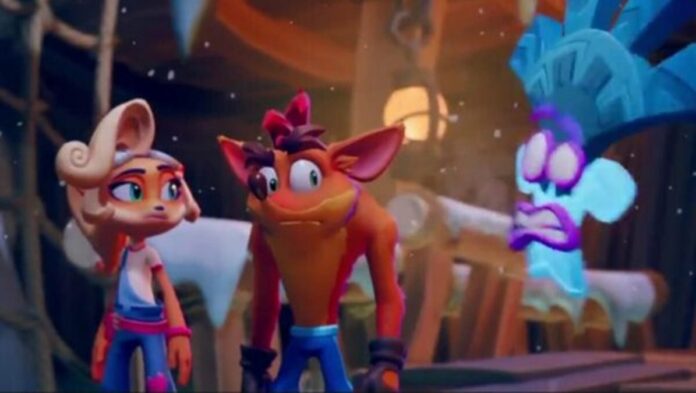 The release date and screenshots of the new Crash Bandicoot game, which has been the subject of many different rumors since last year, have emerged. The screenshots leaked from the ratings made by Taiwan Digital Game Rating Committee earlier this week show us the details of the game.

We had long heard that a new Crash Bandicoot game was under development, but we knew very little about the game. The screenshots leaked after the evaluations made by the Taiwan Digital Game Rating Committee earlier this week convey many details about the game.

Let’s talk a little bit about these details before we go to screenshots. The new game will be Crash Bandicoot 4: It’s About Time, according to the claims and the latest rating report from the past weeks. Crash Bandicoot 4: It’s About Time, whose development is undertaken by Activision’s subsidiary Toys for Bob, will be available to players on October 9, according to leaked information.

Recently, Activision sent a Crash Bandicoot puzzle of 200 pieces to the press. Activision, who previously sent similar things to the press world before announcing Spyro Reignited Trilogy and Crash Team Racing Nitro-Fueled, may indicate that the announcement date of Crash Bandicoot 4: It’s About Time is near.

What game will Crash Bandicoot 4: It’s About Time be?

If we come to what awaits players in the game, the story begins in 1998 according to the details of the rating. According to the statement, our lead character Crash finds a mysterious mask hidden in the Lani-Loli cave in 1998. When a Quantum Rift appears after this, our hero starts the adventure to stop the responsible person behind these events by switching to different dimensions and times.

No response has yet been received by the Activision or Toys for Bob to the ratings made by the Taiwan Digital Game Rating Committee. However, the game is expected to be announced during the Summer Game Fest on June 22, 2020. If there is publicity in this event, we can learn much more about the game. Stay informed to be informed about the developments to be experienced.

Nintendo Switch Games With Discounts To Celebrate The TGA at Nuuvem