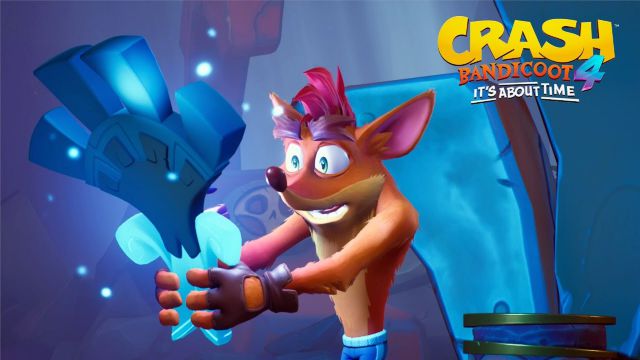 The new adventure of the marsupial was released first on Xbox One and PS4, but now it will also reach the new generation and PC.

All set for Crash Bandicoot 4: It’s About Time to debut on Nintendo Switch, a version that has already confirmed its resolution and other aspects to take into account, such as the price (49.99 euros). Thanks to the information published in the Nintendo eShop, it is now also possible to know what will occupy us on the console. According to the store, the title will weigh 9.4 GB, not counting the possible patches that may be released later.

Toys for Bob, the studio behind the project, has ensured that “the team itself” has adjusted the title “to make sure it can work on Nintendo Switch” without problem, both in its portable mode and when connected to television. Producer Lou Studdert adds that “it works just as well as the rest of the consoles do” on which it originally came out, namely PS4 and Xbox One.

Crash Bandicoot: N’Sane Trilogy ran in dynamic resolution at 480p and 720p on the dock, while It’s About Time palpably improves its resolution. Thus, the game will reach 1080p when the console is connected to the television, while in portable mode it will reach the maximum resolution that the screen allows, 720p. As for the framerate, it will run at 30fps on both settings.

Crash Bandicoot: It’s About Time is a completely new installment, which preserves the playable style of the classics. In addition, it uses the aesthetics of the remasters, while offering a challenging adventure for all types of players. The title also adds new powers and plays with the force of gravity.

The video game went on sale for PlayStation 4 and Xbox One. However, Activision confirmed later that it would also be released on PC and Nintendo Switch. As if that weren’t enough, Toys for Bob is working on optimization for PS5, Xbox Series X and Xbox Series S.

How to make a live on Instagram? See six tips for...