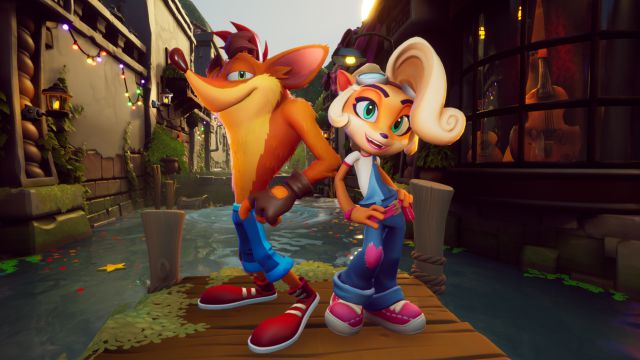 Toys for Bob confirms the details that most concern players of the hybrid console, especially in handheld mode. On sale in March.

Toys for Bob has confirmed the technical details regarding the Nintendo Switch version of Crash Bandicoot 4: It’s About Time. The game, confirmed for this platform as well as on PS5 and Xbox Series X | S (where it will have a free update), will thus leave its status as exclusive to PS4 to open to the general public. Players wonder if the resolution and FPS rate will be the same as the Crash Bandicoot N. Sane Trilogy and Spyro Reignited Trilogy trilogies or if, on the contrary, this time the results will be better.

According to Lou Studdert, creative producer of Toys for Bob, in Push Square, the medium of the group to which Nintendo Life belongs, this time we will not have to settle for dynamic resolutions at 480p and 720p in the dock (this is the case in Crash Bandicoot N. Sane Trilogy), but the port of Crash Bandicoot 4: It’s About Time for Nintendo Switch will move to 720p in portable mode and 1080p in television mode; always maintaining a rate of 30 frames per second.

This is a significant improvement over the previous adaptations of Crash Bandicoot – both the trilogy and Crash Team Racing: Nitro-Fueled) and Spyro, where the HD standard, 720p, was not achieved, which caused a slightly blurred vision in portable mode.

“The [Toys for Bob] team themselves have taken the game and basically tweaked it to make sure it can work on the Nintendo Switch, checking that it works in portable mode, that it works both on and off the dock,” says Studdert. “It works as well as it does on the rest of the consoles where we originally released it,” he insists.

Crash Bandicoot 4: It’s About Time arrives this March 12, 2021 not only on Nintendo Switch, but also on PS5 and Xbox Series X | S. On PC it will do so later this year. The price of the Switch version will be 49.99 euros, while in the new Sony and Microsoft machines its price will be 69.99 euros. It will be on these next gen platforms where it can run at 60 FPS, reduced load times thanks to the SSD memory (the original game has very long waiting times between phases) and 4K resolution for both PS5 and Xbox Series X; in Xbox Series S the native resolution will be 1080p, although it will be able to reach 4K in a rescaled way.

The iPhone SE 3 Would Arrive Without MagSafe