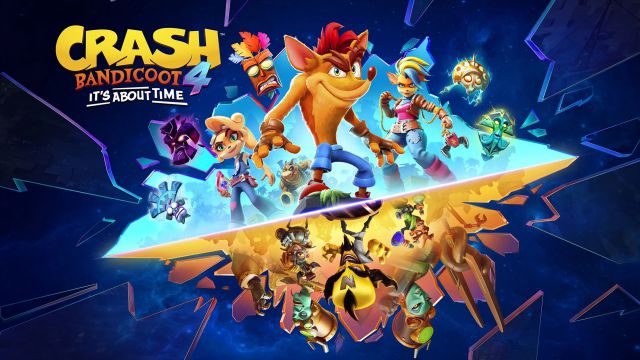 Crash Bandicoot 4: A former study member posted on Twitter that he and several colleagues had been fired, but the company denies layoffs.Toys For Bob, the developer behind Crash Bandicoot 4: It’s About Time, will work as a support studio on the third season of the Call of Duty: Warzone battle pass, the saga’s free-to-play battle royale. This was confirmed by the study itself in a post on Twitter, in which Nicholas Cole, a former artist of the company, also interacted: he assured that he and other colleagues had been fired. However, Activision has denied in a statement that there has been a staff cut. He has also reported that he will continue to work on Crash 4.

“The articles on layoffs in Toys For Bob are incorrect. There has been no recent staff reduction in the study. The development team is fully operational and there are full-time job openings right now. ” According to Activision, the studio is “excited” to be able to participate in the development of Call of Duty: Warzone. Be that as it may, Crash Bandicoot 4 will continue to receive support, although there is no expansion or additional content announced.

Of course, this directly contradicts what the developer said. Cole limited himself to assuring that many colleagues with whom he had worked had suffered the dismissal, although he also expressed his happiness for the fact that “they have not closed completely”.

Crash Bandicoot 4: It’s About Time is available on PS4, PS5, Xbox One, Xbox Series X, Xbox Series S, Nintendo Switch, and PC. This installment is the first original chapter in many years, since the saga remained fallow for many years. However, Activision revived it with two remakes recognized by critics and players. On the one hand, it is the Crash Bandicoot N’Sane Trilogy, a revamped version of the three Naughty Dog classics; on the other, Crash Team Racing: Nitro Fueled, a reimagining of the PlayStation classic. These two titles were developed by Vicarius Visions, now part of Blizzard Entertainment.