Home Entertainment Craig Robinson of the office speaks out after he and others were... 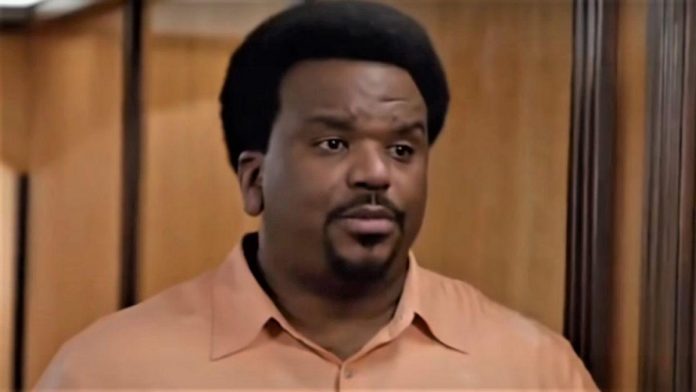 Actor and comedian Craig Robinson got into a terrible situation at one of his shows when someone opened fire at a comedy club in North Carolina, where he was scheduled to perform in less than an hour on Saturday, July 16. The actor of the “Office” was behind the scenes at that time. . Officials said no one was injured and they managed to apprehend the alleged shooter. However, Robinson’s show was canceled and he took to Instagram Live to let his followers know what was going on.

About 50 people were in The Comedy Zone when staff said the man entered just after 9 p.m. On Saturday — about half an hour before Craig Robinson took the stage — he brandished a gun and demanded that everyone leave the building, WSOC-TV in Charlotte, North Carolina reported. Police said that after everyone was evacuated, the shooter fired a gun inside the club. The police detained the suspect and are investigating his motives. Meanwhile, Robinson, who is probably best known for playing Darryl in the cast of “The Office,” informed fans on Instagram after the incident:

I’m performing at The Comedy Zone in Charlotte, North Carolina. There was an active shooter in the comedy club. …I’m safe. It’s cool, we’re cool. It was just wild. I was in the green room, they said, “Everyone out!” It was wild. It was a moment, of course.

Craig Robinson was taken to a nearby place where the band Big Time Rush was giving a concert. As the actor responded to concerned fans—and commented on the live show happening in the background—Robinson can be heard asking someone off-screen if someone from the comedy club was shot. He was told that, in their opinion, no one was injured and that the shooter could shoot at the ceiling.

Despite some disappointment about the cancellation of the show, the most important thing is that no one was physically injured. Watch the full video of Craig Robinson live on Instagram, filmed immediately after the evacuation of The Comedy Gold:

The post shared by @mrcraigrobinson (opens in a new tab)

Staff said there was “a lot of chaos” at the scene, and WSOC reporter Tina Terry tweeted images of a strong police presence that responded to the AvidXchange music factory, where the Comedy Zone is located. Check out the local coverage below:

BREAKING: Police staged a massive response outside The Comedy Zone in uptown Charlotte. Employees tell me that dozens of customers and employees were evacuated after someone entered the club with a gun. @wsoctv pic.twitter.com/lmHPfT7S0717 July 2022

In addition to The Office, Craig Robinson has starred in a number of TV shows and films that you may have forgotten about. including “The Time Machine in the Jacuzzi” (he has an amazing idea for the third film), “Pineapple Express” and “My name is Dolemite”. In addition to these films, he had a memorable recurring role as Doug Judy “Pontiac Bandit” in the TV series Brooklyn 9-9 (and in some of his most memorable episodes). Bad guys, an American dad and a chatterbox. And when it comes to stand-up, Robinson may also be working on a secret Netflix special.

We are pleased that no one was injured as a result of the incident in North Carolina, and our thoughts are with Craig Robinson and everyone affected by what was still an alarming situation.