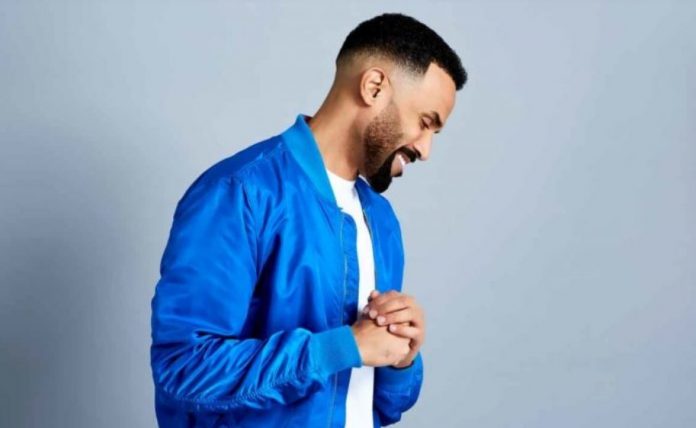 David questioned the sincerity of Lee Francis‘ apology, which was made amid new attention to the Black Lives Matter movement in 2020.

Craig David has spoken about how he felt “intimidated” by Lee Francis impersonating him on Bo’ Selecta!.

Francis, better known as Keith Lemon, starred in the cult Channel 4 show between 2002 and 2009. The comedian portrayed David, as well as Mel B, Michael Jackson and Elton John caricaturally in a number of bizarre sketches.

It is often said that his image of David, whose catch phrase inspired the title of the series, contributed to the decline in popularity of the singer “7 days” in the mid-2000s.

“When Bo’selecta! The show is over, this period of time was an ordeal for me,” David said today in an interview with BBC Breakfast (October 4).

“I didn’t know why a song like ‘Rewind’, which was a cultural song that broke the ice for many artists, is now being ridiculed.”

He continued, “First of all, I put it as a musical thing. But in fact [Francis] was slowly bullying not only me, but Mel B [and] Trisha, and I felt there was no real responsibility at that time.

“And I was young, between a rock and a hard place. [I thought], “We are relying [on this]”… a defense mechanism. “Let’s have a laugh–let’s do a show together.” It didn’t work. Or [we should] pose as a victim and go there.”

David added: “It’s just [about] responsibility. I have no grudge against Lee, honestly. It’s more a fact: you have to be responsible.”

Further, the artist questioned the sincerity of Francis’ previous apologies. In 2020, the comedian said he “deeply regrets” his “offensive” portrayals of black celebrities, including Michael Jackson and TV host Tricia Goddard.

David continued: “It just seems like a coincidence that it happened at the time when George Floyd was killed in broad daylight in America. So that then there would be a Black Lives Matter movement… protests all over the world.

“And then [Francis’ apology] comes while reacting to something that really should never have been there, in terms of ever putting a rubber mask on that black face, which it was.

“And it’s just a responsibility for that. I think that, after all, I never talked about it. And this coincidence seemed too timely. I feel emotional talking about it because I just felt like I was speaking on behalf of so many people who were bullied and who experienced it.”

David said it was an “empowering” and “healing” experience when he talked about the issue in his forthcoming book What’s Your Vibe?.

Lee Francis at the world premiere of the film “Birds of Prey: and the Fantastic Emancipation of One Harley Quinn”, held at the Odeon BFI IMAX Waterloo. PROVIDED BY: SOPA Images Limited/Alamy Live News
In June 2020, Francis said in a video message: “I just want to apologize for any upset I’ve caused, whether I’m Michael Jackson, Craig David, Tricia Goddard, all the people I’m a big fan of. I think we are all on a learning path.

“Then I didn’t think anything about it, people didn’t say anything. I’m not going to blame other people for this. I was talking to some people and didn’t realize how offensive it was back then, and I just want to apologize.”

The clip was signed with a hint of Black Lives Matter: “After recent events, I have been talking and studying a lot […] I am constantly on the way to knowledge and just wanted to say that I am very sorry. #the lives of black people matter.”

Tricia Goddard later said that after Francis’ apology, she was subjected to “vile insults.”

Back in 2016, David talked about reconciling with Francis in 2014. “It wasn’t really [the show] itself that was the lowest point for me,” he recalled. “I couldn’t release music the way I always wanted to.”

Kendrick Lamar arranges an intimate surprise show in London with the...

Santigold suddenly cancels the US tour amid the post-pandemic concert hype:...