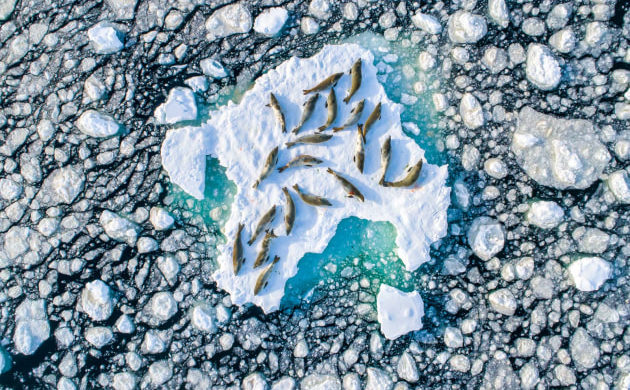 The winners of the ‘Photographer of the Year 2020’ contest organized by Nature TTL have been announced. The grand prize went to French photographer Florian Ledoux, who won the contest for his work on the name of Crab Eating Seals in Antarctica.

Explaining that he used DJI Phantom 4 Pro Plus as a drone, Ledoux approached wild life from a rather different angle, which is rare. The photo that brought Ledoux the title of Photographer of the Year and also came first in the ‘Wildlife Category’ includes a bird’s eye view of a group of crab-eating seals resting after a night snack.

The photo that won the ‘Photographer of the Year 2020’ competition
“I am very excited because I was chosen as the winner of the contest, I never expected this,” said French photographer Florian Ledoux: “It is very important for me to show the status of the Arctic and Antarctic regions and win the contest with an image taken from there.” It continued in the form.